VW Says Goodbye To The Beetle With Emotional Video

Who is cutting onions?

With production for the VW Beetle finally over – the last model rolled off the assembly line in July – Volkswagen is paying tribute to the iconic model with an emotional animated short. The short will air tonight during ABC’s Dick Clark’s New Year’s Rockin’ Eve with Ryan Seacrest 2020.

Production Is Over, But The Fun Is Just Getting Started:

Electric Volkswagen Beetle: Here's What It Could Look Like
⠀ Lifted VW Beetle Is A Budget Off-Road-Ish Machine

Titled The Last Mile, the short follows a young boy and his major life milestones. It starts with the young boy’s father bringing the Beetle home for the first time. Soon, the boy’s learning to drive and going on dates, and he eventually owns the Beetle. Then the boy, now a young man, falls in love, starts a family, and watches his daughter – and family grow – until he's an elderly gentleman and the Beetle flies away into the sky. The short uses a rendition of the Beatles’ “Let it Be” performed by the Pro Musica Youth Chorus. 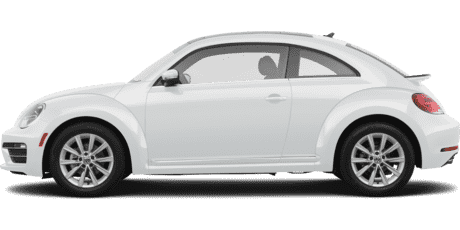 save over $3,400 on average off MSRP* on a new Volkswagen Beetle

It’s a touching farewell to an iconic and important automobile, which helped provided wheels to millions of people around the world. The iconic Beetle made famous by Herbie the Love Bug ended production in 2003, even though the automaker introduced a modern New Beetle five years earlier. In 2011, VW further updated the Beetle’s design, keeping the rounded roof, but making it a bit more coupe-like than ever before. That’s the model that ended production earlier this year.

The short ends with a nod toward VW’s electrified future of ID models while flipping the iconic “Think Small” Beetle campaign with “Drive Bigger.” It’s never fun to say goodbye to an icon, but when Beetle production ended in earlier this year, Scott Keogh, President and CEO, Volkswagen Group of America, said, “While its time has come, the role it has played in the evolution of our brand will be forever cherished.” VW isn’t the only one cherishing The People's Car.

New VW logo, new brand design elements and 2020 Atlas Cross Sport to adorn New York City’s Times Square during New Year’s Eve ball drop
Herndon, VA — A year after officially announcing the end of its production, Volkswagen has produced a final tribute to the iconic Beetle for auld lang syne. Taking the celebration of life to the world stage, the “people’s car” will be honored in an animated short film titled “The Last Mile”, to debut during ‘Dick Clark’s New Year’s Rockin’ Eve with Ryan Seacrest 2020’ on ABC.

Produced with the Johannes Leonardo agency, the animated film details the story of a boy whose major life events—from childhood to elderly age—are shaped and influenced by the presence of a Volkswagen Beetle. Fans of the classic bodied car may recognize details of past advertising campaigns as well as pop culture references such as cameos from Kevin Bacon’s character in Footloose and artist Andy Warhol. A rendition of “Let it Be”, performed by the Pro Musica Youth Chorus serves as the soundtrack of the animation. The film ends with a not-so-subtle wink and nod to Volkswagen’s electrified future.

“The Beetle is easily one of the most recognizable cars in the history of automobiles,” said Saad Chehab, senior vice president, VW brand marketing. “Honoring it properly required a medium with just as much versatility and universal appeal as the car itself. While we chose the classic Beetle as the star of the animation, additional campaign components in Times Square honor the latter two generations of cars and their place and presence in American culture. We are proud of our past but our eye is on the future – hence our choice of New Year’s Eve to hint at our upcoming long-range EV and the 2020 Atlas Cross Sport.”

Complementing the film’s debut during New Year’s Eve festivities, Volkswagen will adorn New York City’s Times Square with a celebration of films, messages, and hints at its future brand design, including a more modern Volkswagen logo. Utilizing multiple billboards and digital spaces, the future of the brand’s Drive Bigger messaging and images of the 2020 Atlas Cross Sport will be on full display as the clock ticks down to the new year. A social media campaign, focusing largely on fan-sourced content, will also play out on @VW social media channels.