It's just like a Formula 1 car now, but with room for passengers.

Friends, here’s a top tip from the Motor1.com team. When a Garage 54 video starts out with the phrase, “not to say we’re looking to torture this thing right here,” you can expect to see no small amount of mechanical torture. This time around, however, it’s not quite so bad – at least the modification part. Testing is a bit more robust, but when you attempt to fuse F1 technology with a Lada, thorough evaluation is an absolute must. Wait, did we just say F1 technology on a Lada? Yes, we did. 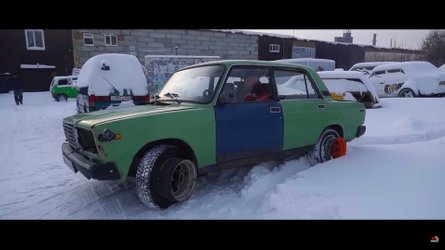 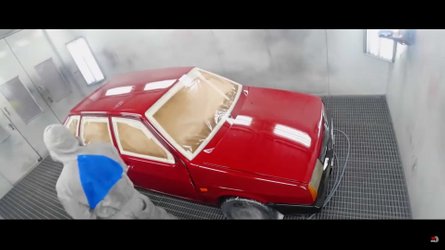 Shiniest Lada In The World Has 35 Layers Of Clear Coat
⠀ 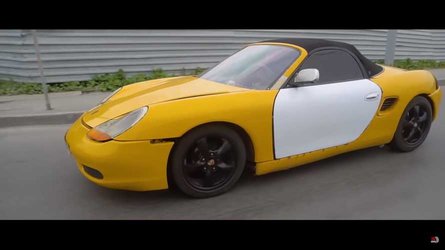 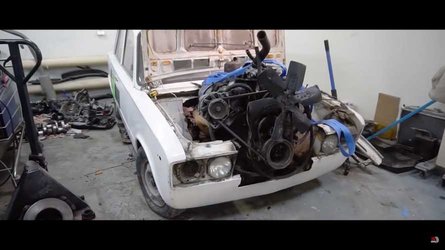 Crazy Lada V8 Engine Swap Is Everything We Love About Russia

Admittedly, in this instance the technology isn’t really that technical. Nor is it F1-specific, since center-mount wheel nuts are used on a variety of race cars and even some high-end exotic street cars. Such a design certainly makes changing wheels easier, but there’s a very good reason it isn’t used in mainstream motoring. With just one nut in the middle, the wheel moving back and forth during normal operation can cause the nut to work loose. That can lead to the wheel flying off, and that can lead to a very bad day.

So, why even bother with this experiment? Shits and giggles is another direct quote from the video, and somebody has to tinker with unsuspecting Ladas during the winter months. And actually, the modification ends up working quite well. Lug studs were left in place to serve as guide pins, and to also reduce the rotational force on the center nut. A custom 75-millimeter five-point impact socket was also created so the nuts could be torqued down with as much force as a smallish hand-held impact gun can create.

And you know what? It seems to have worked. After conducting the requisite pit-stop test to see how quickly they could change tires with a single center lug nut (36 seconds, in case you were wondering) the action moved outside for the all-important donuts-in-the-snow test. The Lada was subjected to lateral stress, considerable stop-and-go stress, and once all the silly fun scientific testing was complete, the wheels were still firmly in place.

Still, we’re not quite ready to go bombing down a highway at 70 mph in that Lada. Actually, we’re not ready to do such things in any Lada, but you get the point.