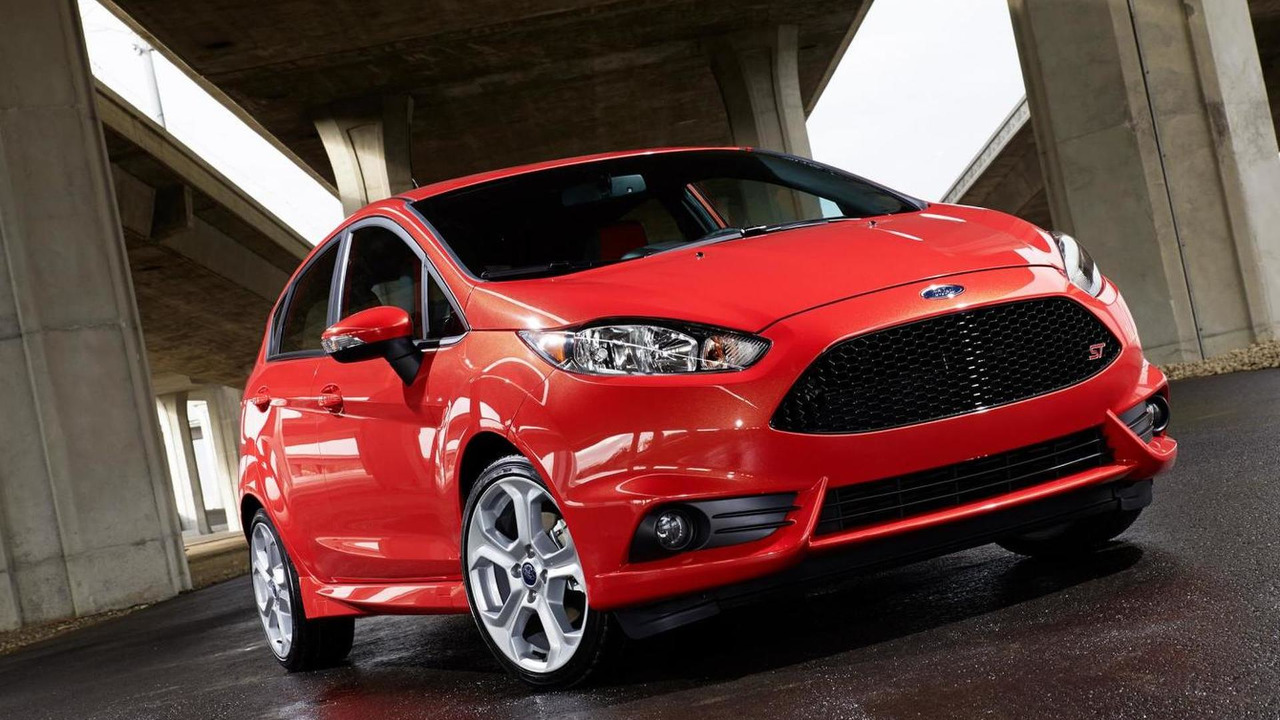 Following the car's debut towards the end of last year at L.A. Auto Show, Ford has published fuel economy numbers for the 2014 U.S.-spec Fiesta ST based on in-house testing. The hot hatchback can return 26 mpg city / 35 mpg highway / 29 mpg in the combined cycle – figures which have been sent to EPA for a check-up.

The Fiesta ST is sold in the United States only as a five-door model and with a six-speed manual transmission. Power comes from a 4-cylinder, 1.6-liter EcoBoost engine generating 197 bhp (147 kW) and 290 Nm (214 lb-ft) of torque.

It sits on 17-inch alloy wheels and comes with additional goodies such as a high-mounted spoiler, different front grille + chin spoiler, updated rear diffuser and a dual exhaust setup.  It's also 15mm lower than the standard Fiesta and benefits from various suspension tweaks.