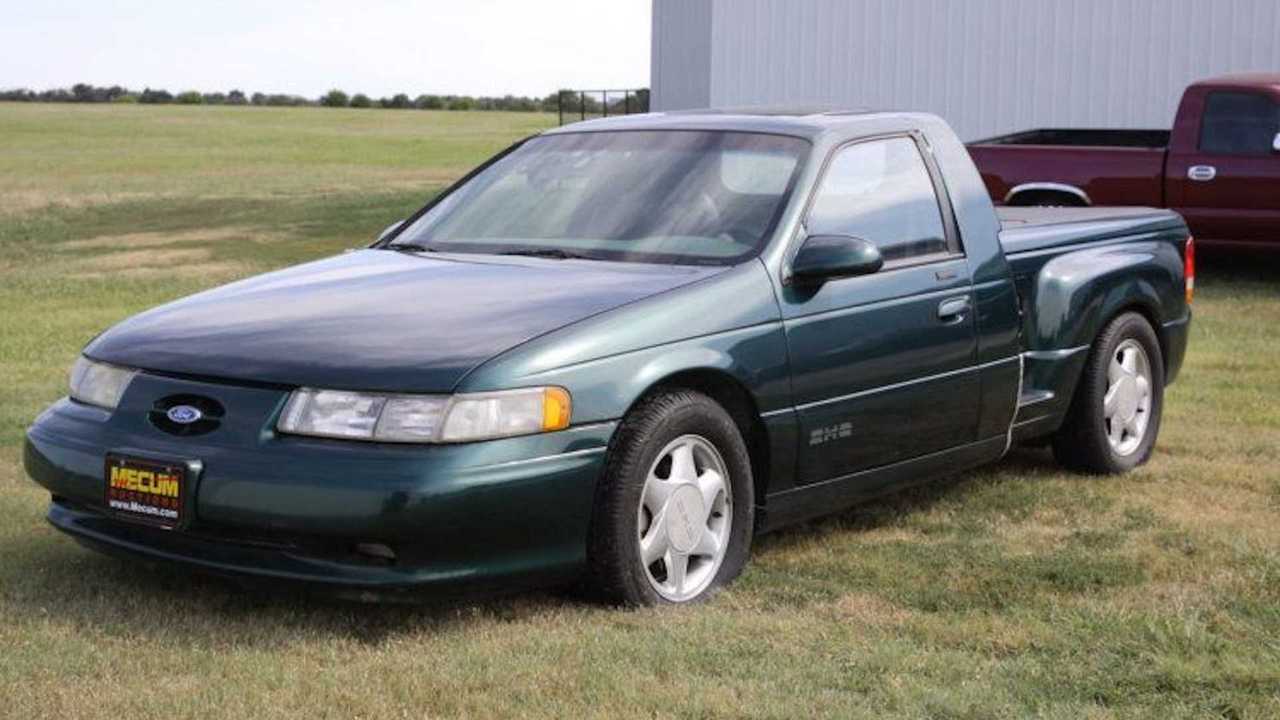 And it comes with a 5-speed manual.

The Ford Taurus is probably one of the most influential Blue Oval sedan, produced from 1986 to 2019 before Ford decided that it's time for SUVs and trucks to rule the world. The first and second generations of the Taurus were a hit during their time, with the latter selling 1.4-million units at the end of its production in 1995.

With its sporty performance, especially the Taurus SHO, the midsize sedan is a desirable buy whenever you'll encounter one in a barn find. We're just not sure if this one counts, though – a 1994 Taurus SHO converted into a pickup.

This one-off Taurus SHO is currently on sale over at Harry's Toy Barn in Beloit, Kansas, with a listing that can be found on AutaBuy. Information's pretty scarce on the listing, but important bits are there, such as the coveted 5-speed manual transmission on this customer Taurus SHO pickup. With that, we can deduce that this particular 2-door unit is still powered by the 3.0-liter Yamaha V6 that produces 220 horsepower (149 kiloWatts) and 200 pound-feet (271 Newton-meters) of torque. Not too shabby for a sedan, err, pickup truck.

Some Oddballs That Were For Sale Not So Long Ago:

Someone Built Their Own Ford Mustang-Inspired SUV Using Bronco Frame

When it comes to its bodywork, the SHO truck was pretty much chopped off on its B-pillar, and then given a Ranger pickup bed. The paintwork's green, which is quite fitting for this bonkers one-off build.

If you're interested, the Taurus SHO truck is for sale with a bargain price tag of $7,500, including a moon roof and bed cover. If the oddity doesn't bother you, go ahead and visit the listing, and drop the seller a message.

Source: AutaBuy via The Drive