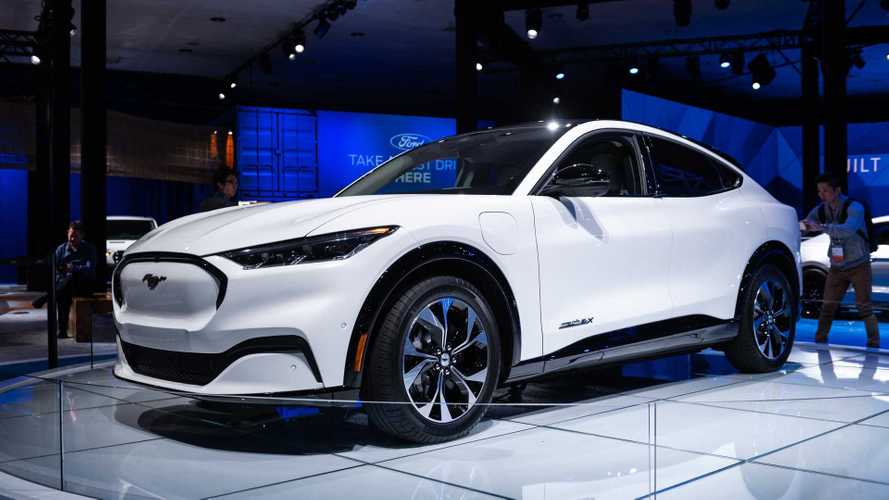 The Blue Oval's first EV is still a year away, but interested buyers will have steps to take between now and then.

When Ford unveiled the Mustang Mach-E, its name wasn’t the only controversial issue. Branding a four-door crossover with the Mustang moniker certainly garners attention, but a wait time of over a year before deliveries begin had other people scratching their heads. That’s certainly a very long time for excited Mach-E consumers to lose interest, but for those who already made a deposit, there are apparently some key dates on a timeline allegedly issued by Ford to its dealership network that will keep the EV relatively fresh in mind.

The timeline was posted on macheforum.com, reportedly coming from a Ford dealership in Colorado. It starts with dealerships contacting reservation holders to congratulate them on being the first Mach-E buyers. That’s supposed to be happening right now, but reading through the associated thread at the Mach-E forum, apparently many folks still haven’t heard from dealers. More on that in a bit.

The next step is said to come in the spring of 2020, when dealers will confirm specifics such as vehicle options and pricing. When the details are sussed out, the official Mach-E order is made and the $500 reservation deposit is refunded to the buyer. That’s an important point to make, because Ford has touted its First Edition Mach-E is already sold out. Going by this timeline, the only thing Ford has right now are reservations. No actual vehicle orders have been placed.

The next step happens in the summer, which is when vehicle scheduling is said to begin. Dealers are supposed to keep in touch with customers during this process, and charging options are also communicated to the customer at this time. It’s not exactly clear what these options are, but forum members speculate this involves the installation of high-powered home charging systems that Ford will include in the vehicle price, so buyers can lump it into the financing.

Production begins in the fall of 2020, at which point Mach-E buyers will finally be able to test-drive an early model before their orders arrive. Payments and financing are also confirmed at this point, so presumably, folks will still have an eject option if the test drive is terrifically unsatisfying. Deliveries of the Mach-E – beginning with the First Edition – finally commence in late 2020 and early 2021.

Jumping back to Ford dealerships, there is some question as to just how the Blue Oval’s dealership network will embrace and promote the Mach-E. Ford is keen to present it as something different, as evidenced by Ford’s strict advertising policy to not publicize pricing below MSRP. Traditional dealerships make the bulk of their cash not on new vehicle sales, but in follow-up services such as oil changes and other maintenance. Compared to ICE vehicles, EV machines require very little maintenance and that could dissuade dealerships from actively promoting the Mach-E.

Indeed, many macheforum.com members already seem dissatisfied with a lack of communication from dealers regarding their initial reservation, with numerous people saying they’ve yet to be contacted as per the first step in Ford’s Mach-E timeline. Whether that will ultimately affect Mach-E sales is something we won’t truly understand for at least another year, when Ford’s first dedicated EV for mainstream markets finally arrives in showrooms.