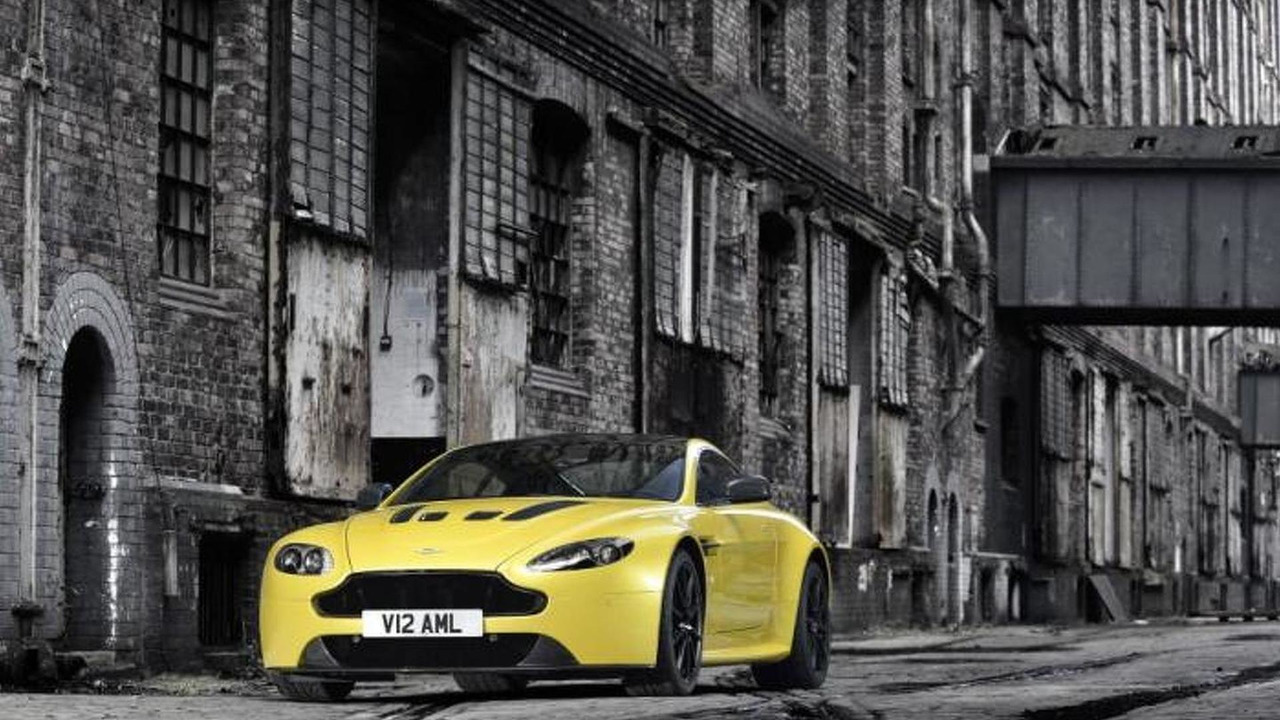 Following a couple of teasers, Aston Martin has fully revealed the V12 Vantage S which is the firm's fastest production model, with the exception of the limited-run One-77.

Following a couple of teasers, Aston Martin has fully revealed the V12 Vantage S which is the firm's fastest production model, with the exception of the limited-run One-77.

It tips the scales at 1,665 kg (3,670 lbs) and comes with a three-stage adaptive damping system developed by Bilstein. Stopping power is provided by Brembo with their carbon-ceramic brakes derived from the One-77, while the two-stage Dynamic Stability Control by Continental can be completely turned off.

The Aston Martin V12 Vantage S sits on a new set of ten-spoke lightweight alloys shod in either Pirelli P Zero Corsa dry-weather or P Zero all-weather tires. Other highlights includes a lighter exhaust system, carbon fiber vents and a tweaked front grille inspired by the CC100 concept which has a carbon fiber frame with a titanium or carbon fiber dark mesh. In addition, the grille is now wider to allow better cooling.

The interior can be had with carbon fiber lightweight seats, leather and/or Alcantara upholstery, updated stitching and welt detailing. For more money clients can get an optional carbon fiber interior pack (including facia, door pulls) along with black pedals.

Deliveries are expected to commence before the end of the year and while pricing is not known for the moment, it's a safe bet to say it will be more expensive than the 136,085 GBP V12 Vantage it replaces.