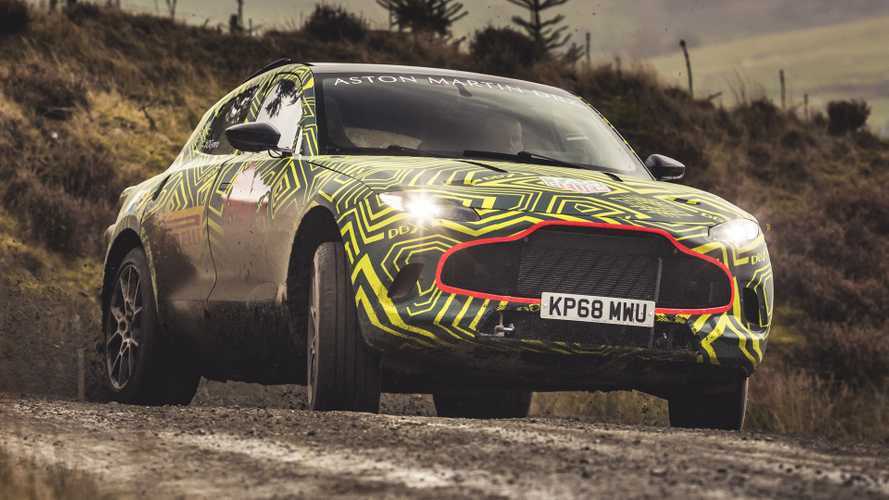 The real trick is to be seen while being invisible. Makes sense?

Aston Martin wasn't really secretive about its first SUV, the DBX. Even before its launch last month, the British automaker showcased the high-rider in several teasers and public appearances. It even ran a lap at the 2019 Goodwood Festival of Speed.

But really, who still conceals their pre-production cars these days?

That's the thought process of Aston Martin during its testing phase of the DBX. In fact, even its camouflage wraps were part of the designing process.

"It was obvious it was our first SUV on the road," said Aston Martin designer Sam Holgate in an interview with Autocar.

Holgate designed the latest Aston Martin Vantage, and so is the marque's interesting set of camo wraps seen on its prototypes, including the DBX. It can be a cumbersome process, trying to hide details using different patterns while still being inconspicuous about it. The real trick is to be seen while being invisible. Makes sense?

But Holgate didn't stop there. Realizing it would be a futile attempt to hide the existence of the DBX anymore, he used the art of camouflage wrapping to gain the attention of the motoring world.

The DBX Wasn't A Secret From Day One:

With that, Holgate switched from various patterns and colors every time the DBX prototypes left the factory. The DBX prototype was "a great moving billboard to showcase us, our logo and even our partners," said Holgate. "It’s all part of building anticipation."

There were parts that were hard to conceal, though, such as the grille and the rear wing. "We’ve started highlighting the grille," Holgate said. "It’s very difficult to hide, so you just have to embrace some areas, while trying to hide other parts."