It's not the fastest Corvette around the Nordschleife.

A new rumor suggests that the 2020 Chevrolet Corvette C8 with the Z51 Performance Package lapped the Nürburgring Nordschleife in 7:28.30. The info comes from Muscle Cars & Trucks without citing a specific source for the time.

Motor1.com reached out to Manoli Katakis, Muscle Cars & Trucks' founder and writer of the story alleging the time, for more info about the time. "MC&T has been carrying the torch when it comes to C8 Corvette news, and we let our exclusive reporting speak for itself," he told us.

Motor1.com also contacted Chevy for comment but has not heard back as of this writing.

Chevy engineers taking the new Corvette for a timed lap around the Nordschleife doesn't come as a huge surprise. The company already admitted to plans of running the 'Vette around the Nürburgring and Virginia International Raceway. Spy shots caught its development at the Green Hell, too.

For comparison, the quickest Corvette time that's officially from Chevrolet is 7:19.63 for the 2012 ZR1. However, 'Vette engineer Jim Mero claimed the 2019 ZR1 did it in 7:04, but the company never released an official announcement for this figure. Another Chevy that was allegedly quicker around the Nürburgring than the C8 'Vette was the 2018 Chevrolet Camaro ZL1 1LE with a time of 7:16.04. 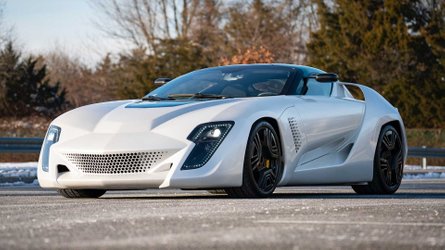 Buy This Unique Bertone Mantide, A Corvette ZR1 In Disguise
⠀ 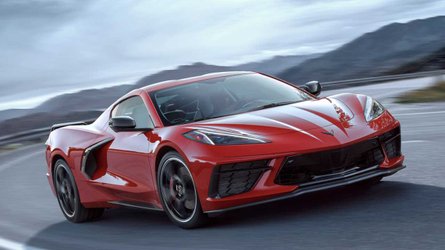 Because we know that more powerful variants of the C8 Corvette are on the way, 7:28.30 seems like a good starting point for Chevy's development of the new model. Rumors suggest the new ZR1 could use a twin-turbo V8 with dual-overhead cams and a flat-plane crank. There would also be hybrid assistance. In all, this setup would allegedly produce at least 900 hp (671 kW). Such a significant boost in output would likely shed significant time off the lap.