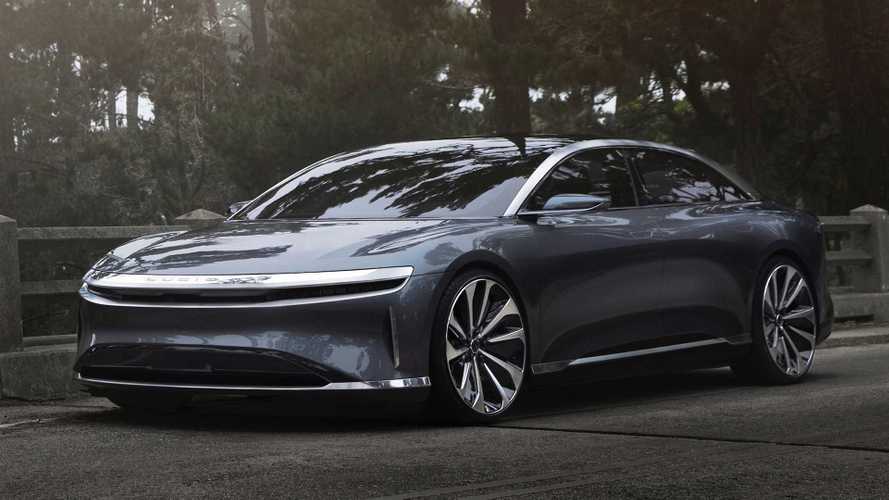 If you want one, the company is currently taking $1,000 refundable deposits.

Remember Lucid Motors? In 2016, the company debuted its first prototype, the Air. The sultry electric sedan promised up to 1,000 horsepower (745 kilowatts) from an optional 130-kilowatt-hour battery pack, a 400-mile range (643 kilometers), and a $60,000 price tag to start. Though, we haven’t heard much from the company in the four years since then.

But in a recent email, Lucid entices customers to put down a refundable $1,000 deposit for the upcoming production version of the Air sedan. If you feel so inclined, you can do so at the link. Lucid says the car will hit the road (finally) in 2020, even though it was originally scheduled for production in 2018.

"As we near production of the Lucid Air in late 2020, we continue to make great progress here at Lucid Motors," the company says in an email. "We will be sharing regular updates in the coming months. Hopefully, you have had a chance to read recent articles about our factory, now under construction, and our beta prototypes, now undergoing testing."

Had you been keeping up with Lucid, you’d know that the company has hit a few milestones since its initial launch in 2016. Last year, Lucid secured a $1 billion investment from Saudi Arabia’s sovereign wealth fund to keep the startup alive. And as recently as yesterday, the company completed its first successful test of a 95-percent-complete prototype, which it calls the "Beta" prototype.

"This is a new generation of technology," CEO Peter Rawlinson notes. "It embodies all the advances of the last several years, and – in particular – our battery technology is now race-proven.” Last year Lucid lapped Laguna Seca faster than any four-door EV, setting a lap record of 1:41.67. And prior to that, an Air prototype hit 235 miles per hour (378 kilometers per hour) on a high-speed oval. So it looks like the company is taking this racing thing seriously.

The base Lucid Air will likely start at around $60,000. But early adopters will only be able to get the
"Launch Edition" model in the first year. That version could cost "above $100,000" when it goes on sale and will use the base 100-kilowatt-hour battery pack with an estimated range of around 300 miles (482 kilometers). Look for production models to hit the road "in late 2020," says to the company – if at all.

Our entire Lucid Motors team savored the moment as the first Lucid Air beta engineering prototype glided past on its inaugural drive in November. And with good reason. This represents months of collaborative work toward a prototype that is 95% production-representative.

While these second-generation beta prototypes share many of their design cues with the previous alpha series, their engineering has benefited significantly through continuous development. “This is a new generation of technology,” noted CEO Peter Rawlinson. “It embodies all the advances of the last several years, and — in particular — our battery technology is now race-proven.”

Seeing the first Air beta in motion was especially satisfying for employees since it was built at our Silicon Valley headquarters. Although the Lucid Air will be assembled at our future factory in Casa Grande, AZ, we’re building these beta cars, including the actual aluminum body structures — 80 in total — right here in California. “This level of in-house construction is a logical yet unusual move,” said Rawlinson. “I’m not aware of any other company on the West Coast with that degree of in-house capability.”

The decision has plenty of advantages. For example, it enables us to control quality to exacting standards, accrue knowledge of assembly conditions, and compare laser scans and tolerance conditions with core digital data from CAD. We are also delighted to host our Arizona-based vehicle assembly associates, who are learning the build on-site so they can return and share their knowledge with teams at our manufacturing facility.

As we complete the full Lucid Air beta series build and put these prototypes through their paces, we’ll share stories from their rigorous testing program. And production isn’t far away, making this a good time to reserve your own Lucid Air.