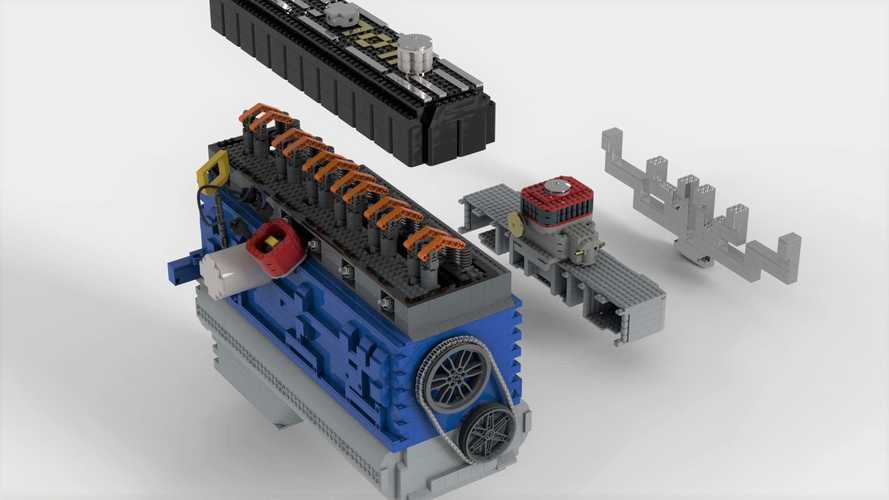 Using Lego bricks to construct engines, including working ones, isn't too uncommon, but we can still get behind this person's proposal to create a large, highly detailed model of the 4.0-liter inline-six from a variety of the late 1980s and 1990s Jeep products. The set is currently looking for support through the Lego Ideas program.

The 4.0-liter version of this inline-six engine arrived for the 1987 model year for the Cherokee, Wagoneer, and Comanche pickup. However, the general structure of the powerplant dated back decades through smaller displacement I6s in a variety of AMC products. Further evolution kept the 4.0 in Jeep models until the 2006 model year.

Save Thousands On A New Jeep Cherokee

Check Out These Lego Cars To Build:

The kit would be around 3,000 pieces. The builder notes that these are all existing Lego pieces, except for the rubber hoses that connect to the distributor and the chain at the front. Some of the colors aren't stock, and the shades come from the Lego rendering program Stud.io.

For this model even to get consideration from Lego for production, a proposal needs to garner 10,000 supporters. As of this writing, the inline-six has 158 people behind it. Even after having enough backers, there's still no guarantee that the company decides to put a kit into production.