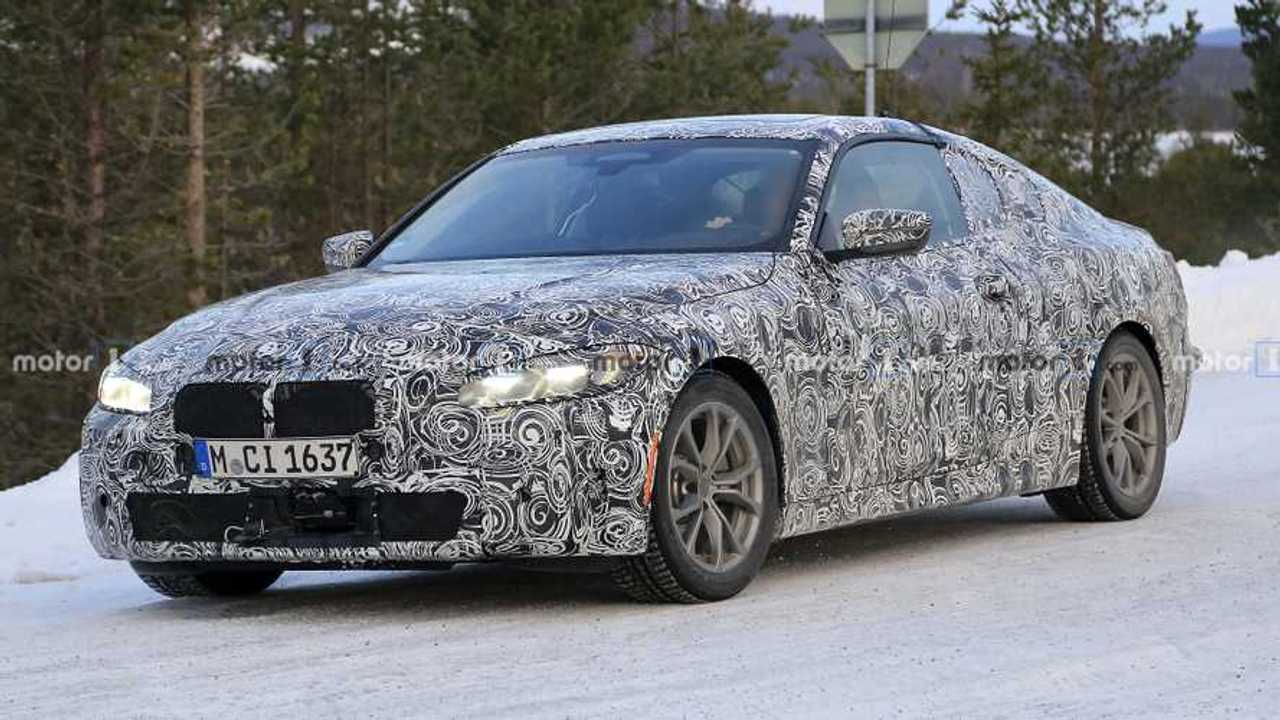 Development of the next-generation BMW 4 Series coupe continues as new spy photos show the camouflaged car testing near the Arctic Circle. The coupe is still heavily covered, revealing none of the sheet metal underneath. Earlier spy photos have given us a peek inside and at the larger kidney bean grille.

When the new 4 Series arrives, it’ll ride on BMW’s new CLAR platform the automaker introduced with the G11 7 Series. Since then, it has gone on to underpin several BMW models, including the 3 Series, the 4 Series’ closest sibling. It’s a modular platform that will allow the company to build rear- and all-wheel-drive vehicles while also accommodating hybrid and fully electric powertrains.

However, when the new 4 Series arrives, it will do so with a slew of turbocharged engines. The smallest will be a 1.5-liter three-cylinder engine while the range-topping M4 will receive BMW’s twin-turbocharged 3.0-liter straight-six engine. The M440i xDrive, which will sit below the M4, should produce 382 horsepower (284 kilowatts) and 369 pound-feet (500 Newton-meters) of torque. A manual gearbox is rumored to be available on lower trims, but U.S. customers should expect to receive only the ZF eight-speed automatic.

Inside, the new 4 Series will look similar to other BMW models. The photos we’ve seen show a simple yet elegant interior with a three-spoke steering wheel, trapezoid-shaped infotainment system, and the standard row of HVAC controls. The rotary dial on the center console controls the fancy tech. In a world where Big Screens are all the rage, the 4 Series’ minimalistic interior looks pleasant.

BMW is set to reveal the new 4 Series next year, possibly at the Geneva Motor Show in March. That means it’ll likely arrive at U.S. dealerships for the 2021 model year. The BMW 4 Series convertible will follow later along with the top-tier M4 performance model.