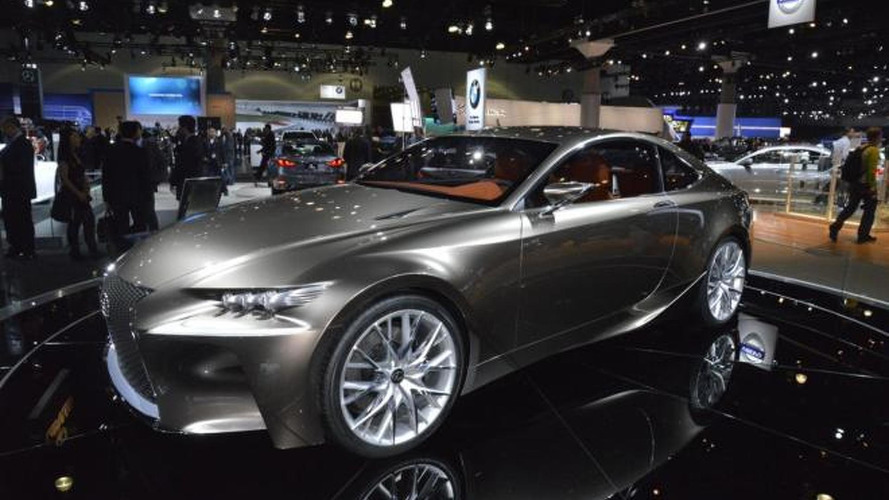 Lexus is reportedly developing an IS coupe which could go on sale as early as next year.

Lexus is reportedly developing an IS coupe which could go on sale as early as next year.

Little is known about the model, but it will likely be influenced by the LF-CC concept that debuted at the 2012 Paris Motor Show. Engine options should carryover from the sedan, so expect choices to include a 2.5-liter V6 with 204 bhp (152 kW) and a 3.5-liter V6 with 306 bhp (228 kW). There could also be a hybrid variant that uses a 2.5-liter four-cylinder engine and an electric motor to produce a combined output of 220 bhp (164 kW).

Lexus hasn't officially confirmed the model but executives have hinted a coupe could change people's perceptions about the brand and enable them to reach younger buyers.

In related news, What Car? says Lexus is still considering an IS F variant. There's no word on specifications, but if the model is approved it would likely use a V8 engine.