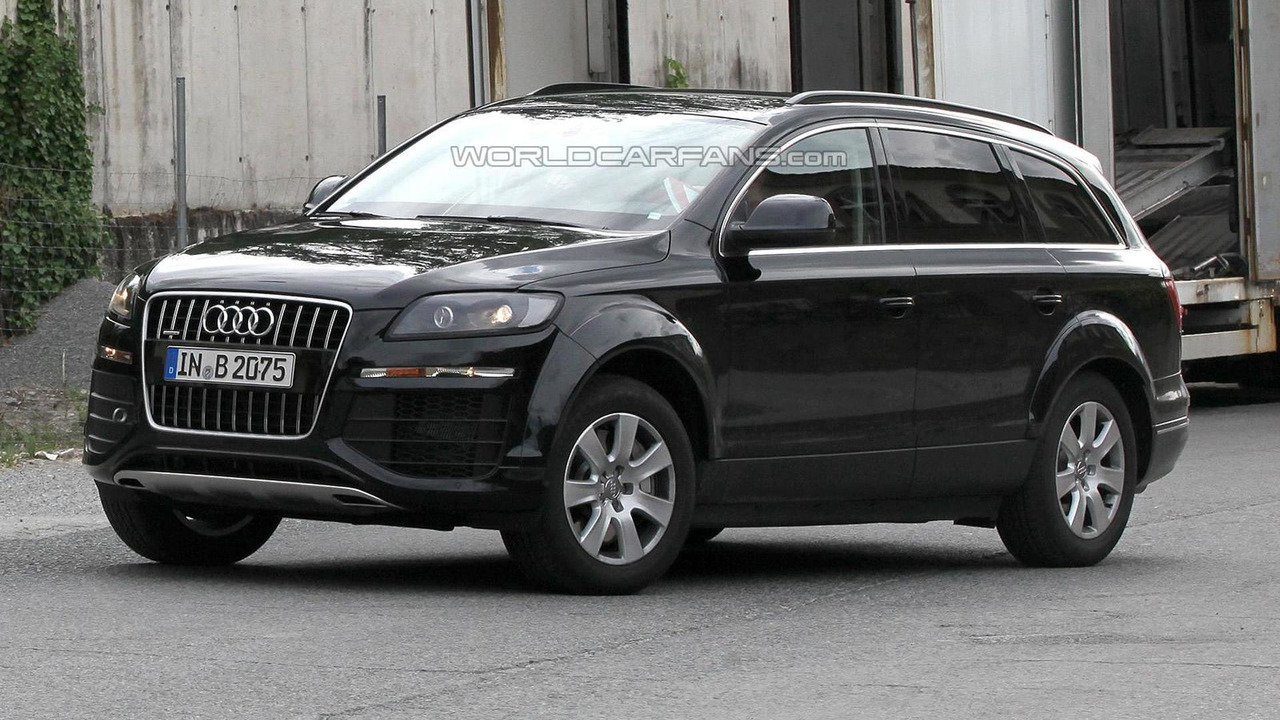 A mule of the 2014 Audi Q7 has been grabbed on camera somewhere in southern Europe by our spy photographers.

A mule of the 2014 Audi Q7 has been grabbed on camera somewhere in Spain by our spy photographers.

The mule spotted was wearing the body of the current-gen V12 TDI variant judging by the large air intakes on the front fascia. Upon closer inspection, we notice the beefier fenders and slightly shorter front overhangs. According to a recent report, the new Audi Q7 will allegedly lose a whopping 363 kg (800 lbs).

Scheduled for an official unveiling in Europe next summer, the next-gen Q7 will be offered for the first time in a plug-in hybrid variant. Just like the current generation, the 2014 Q7 will be manufactured in Bratislava, Slovakia, together with the next-gen Volkswagen Touareg and Porsche Cayenne. United States will get the car some time in 2015.

A year later Audi plans to launch the Q8 to rival the Range Rover Sport and is being described an SUV variant of the A8.