He who has grip shall be the tug-of-war champion.

A vehicle tug-of-war isn’t about power but grip, which is why even a modest tree without any engine will always beat your neighbor’s lifted pickup truck. These vehicles do have engines, however – specifically the Mercedes-AMG G63 features a twin-turbo 4.0-liter V8 making 585 horsepower, versus a Range Rover Sport SVR packing a supercharged 5.0-liter mill with 575 hp. 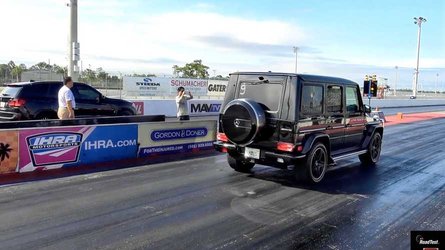 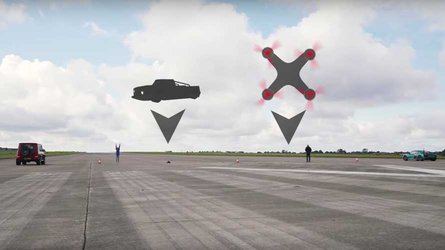 Both are capable off-roaders, though in this case the Merc has a healthy advantage with torque. It also has an extra gear in its manual transmission, and it’s upwards of 440 pounds heavier. On paper, then, it seems the mighty G63 has an advantage, but again, this isn’t about power, or gears. It’s about grip.

More weight pressing down on the tires can translate to better grip, but Mercedes loses the first battle despite being the heavyweight. The failure is chalked up to a front differential not being locked in, so the off-roaders square off again and go nowhere fast. It’s declared a dead heat though the SVR did hold a slight advantage. The video makes no mention of tires, but it seems the Range Rover has better rubber for gripping the grass in which the contest is held. 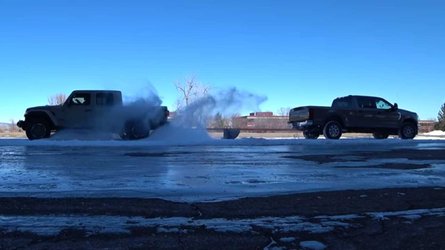 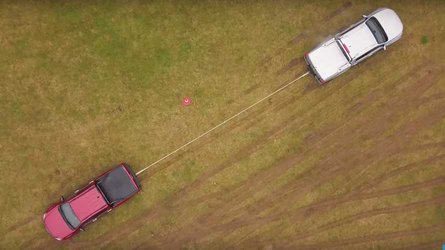 Several additional matches are held, with the Mercedes trying various techniques to gain an advantage. Meanwhile, the SVR picked up a second passenger for extra ballast, and yes, it all made a difference in the various outcomes. We’ll let the video wrap up the story of which vehicle takes the overall win, but as is always the case with vehicle tug-of-war, it all comes down to grip.