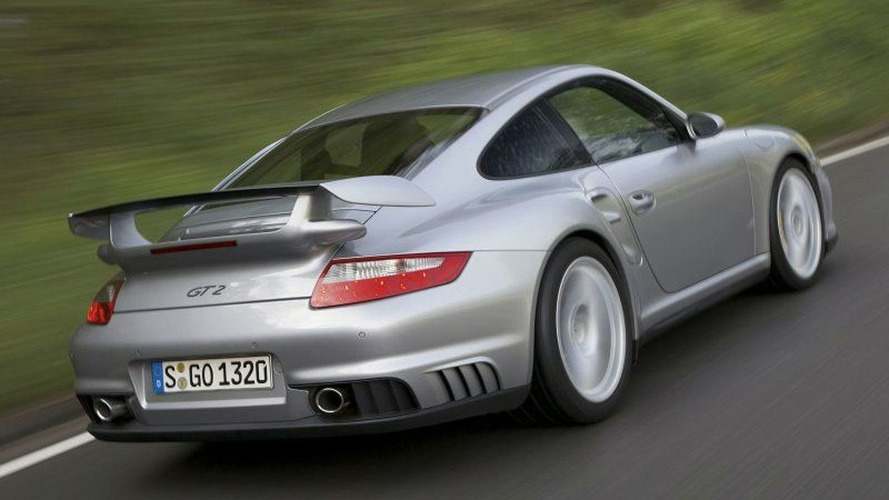 It has been a week of brochure leaks, starting with the Porsche GT2 followed by the Chevy HHR SS and then BMW M3 Coupe over the weekend. Whether it is second phase of their media push or simply damage control, Porsche has released their teaser press materials announcing the GT2 public debut in Frankfurt this September.

Using the same engine as the Turbo model, power is pumped up 50hp to 530hp using bigger turbos and a "flow-optimized turbine housing" which increases boost pressure. Also, a new expansion-type intake manifold which cools the air/fuel mixture more than the "standard Turbo" creates more efficient combustion resulting in fuel consumption down by 15% despite the power increase.

Another new feature for the first time is a titanium muffler and tailpipes as standard equipment. Also standard are the carbon/ceramic PCCB brakes discs as well as the electronically controlled Porsche Active Suspension Management (PASM).