BMW 1 Series F40 To Have 5-Year Life Cycle With No Facelift?

Holding out for electrification?

Say what you want about BMW's new F40 1 Series, but there's no denying that the model has always been a big hit for the German brand. Responsible for massive sales and platform for some of the most interesting hot hatches from the brand (Yes, we're talking about you, M135i and 1M), the latest generation takes a huge detour, much to the dismay for many diehard BMW fans. Sure, the new architecture and front-wheel drive layout may be a bummer for some, but the added practicality and interior space is welcome for most people, especially since majority of 1 Series buyers can't tell or won't care about the difference between which wheels the power is being sent to. It also seems that there's a rumor going around that BMW is going to keep the F40 1 Series the way it is until the end of its production. How long? Just five years.

This isn't exactly the first time that BMW has strayed away from its usual seven year production cycle, but that wont stop BMW from adding some technical improvements to the 1 Series over time; you just won't get a facelift or redesign if the rumor is true. The guys over at BMW Blog picked up on this rumor and have yet to confirm its validity through other media outfits or BMW themselves, but they reckon that it has something to do with the 1 Series adopting an electric-only model in the coming years. What's for sure is that the current F40 is perfectly capable of taking on a plug-in hybrid or EV role from a technological standpoint, but the jury is still out on whether the EV model will be introduced in the F40 or succeeding generations.

Does a FWD BMW deserve all the criticism? 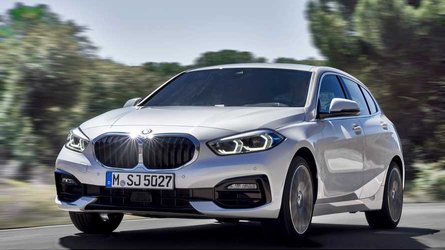 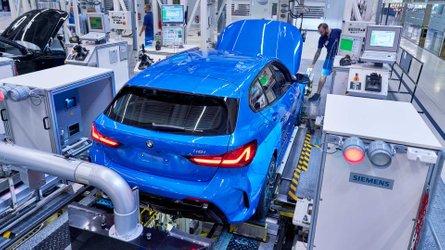 On the plus side, if an EV model does get introduced, we could be seeing a big improvement in cabin space thanks to smart compartmentalization of the batteries, while still retaining the premium feel and ease of acquiring BMW's most accessible car. Seems like a win-win.