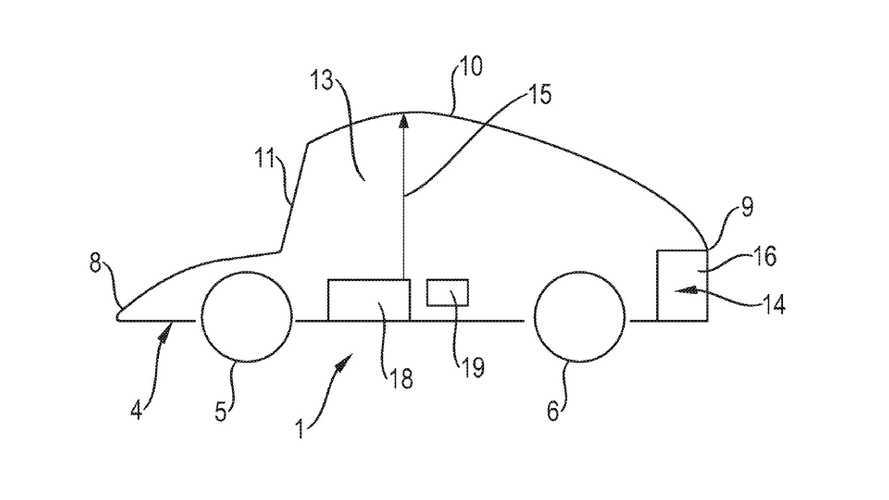 Just in case you want to make things too comfy.

It has only been months since the Taycan has seen the light of day. With its first full-electric vehicle out and about, it seems like Porsche is gearing up for its next steps towards future mobility, and that includes self-driving.

Last month, we've reported that the automaker from Stuttgart has filed a patent for a relaxing driver seat, which we concluded that will be used for its future autonomous cars. The hypothesis wasn't far-fetched, though, as Porsche has filed another related patent. This time around, it's confirmed that the new feature will be for autonomous vehicles.

As the title of this article and the drawings above suggest, Porsche has filed a patent application for a vehicle with an adjustable roof. The patent application was spotted by Taycan EV Forum, which included a copy of the full PDF. What's interesting is that under the "Summary of the Invention" it was mentioned that the patent is for "a device to improve comfort in an autonomous driving mode."

That's a clear indication that Porsche is looking into future self-driving cars – and a comfortable one at that. The adjustable roof aims to increase the cabin space of an autonomous vehicle, which in turn increases the occupant's comfort. The idea is cute, to say the least, but we think it's actually a nifty tech to have. It even supports BMW's naughty idea of self-driving future. Imagine getting too comfy in a car with a high roof, right?

While We're On The Subject Of The Taycan:

However, like most patents, it may or may not reach production so let's not hold our hopes high just yet. Besides, with the relaxing seats and adjustable roof patents out there, it looks like Porsche is going for a Level 4 autonomy, which won't happen in the next few years or so.