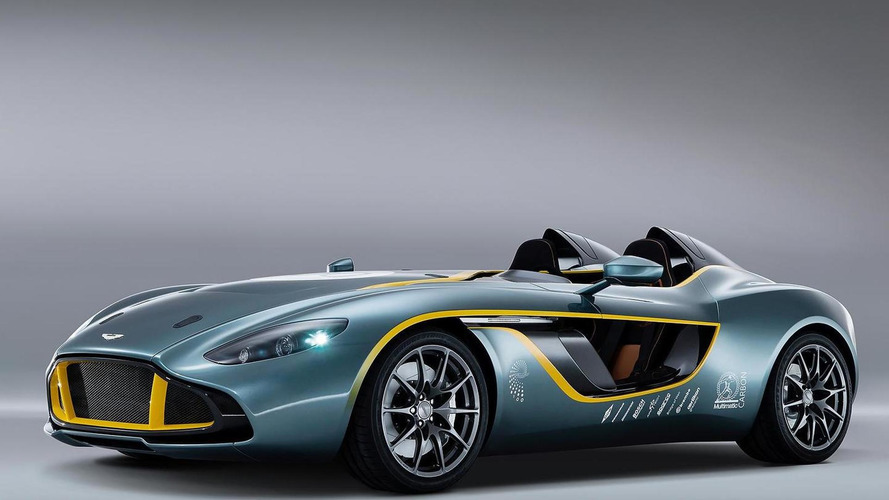 Aston Martin has unveiled the CC100 concept as part of the company's centenary celebrations.

Aston Martin has unveiled the CC100 concept as part of the company's centenary celebrations.

The concept is a tribute to the firm's 1959 DBR1 racer which triumphed at Le Mans and has a classic two-seat speedster configuration with modern AM styling cues. It boasts a carbon fiber body work and a V12 6.0-liter mill linked to a 6-speed automated manual gearbox. 0-62 mph (0-100 km/h) takes a little over four seconds, en route to an electronically-limited top speed of 180 mph (290 km/h).

The car is approximately 4.5 meters long and around 2 meters wide, with an estimated curb weight of less than 1,200 kg (2,645 lbs). The concept was developed and built in less than six months at the company's global headquarters in Gaydon, UK.

Thanks to Christopher Hughes for the tip!