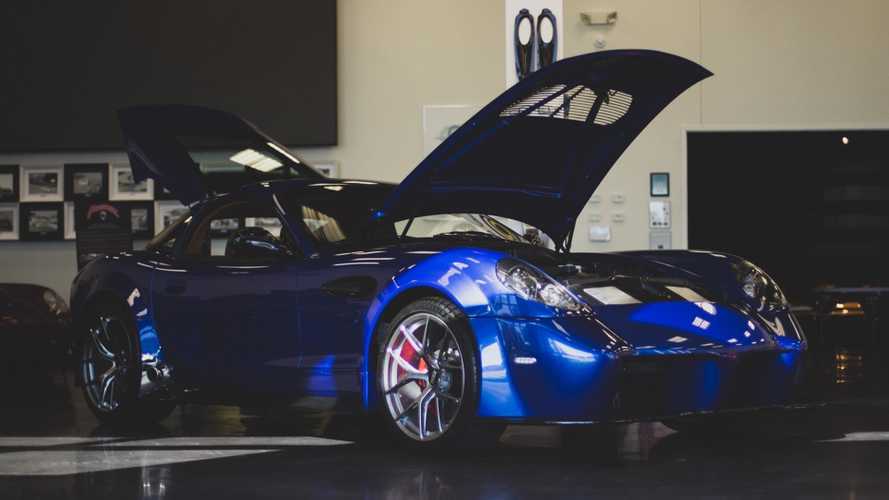 It's ready for the open road.

Late last month, Panoz, the quirky American carmaker based in Georgia, teased a new sports car. At the time, we questioned if it was an Avezzano, and it appears we were correct. Today, Panoz revealed on Twitter a custom Avezzano for a client in the same dashing dark blue as the teaser vehicle. The custom Avezzano has all the trademarks of a Panoz, including the iconic design cues with curvaceous sheet metal, rich interior, and plenty of power under the hood.

Check Out These Other Sports Cars:

The Avezzano sports a General Motors-sourced supercharged LT4 V8, which makes 650 horsepower (485 kilowatts) in the Chevy Camaro ZL1. It pairs with a six-speed manual gearbox, routing power to the rear wheels. The coupe features extras such as a GT4 front splitter, hood louvers, a five-point harness, and 20-inch wheels.

Panoz is a company that’s had its hand in more than a few cookie jars. There were the DeltaWing and the Green4U race car. Before that was the Panoz Abruzzi that never took off. The Avezzano is the latest offering with a sticker price of $159,000. The company has had its hand in motorsports, too, winning the GT2 class at the 2006 24 Hours of Le Mans and the 2006 12 Hours of Sebring.

Panoz debuted the Avezzano at the 2016 Petit Le Mans. In 2017, Panoz took the Avezzano GT4 racing in the Pirelli World Challenge, earning six wins over the course of the season. The street version entered production in early 2017 with deliveries beginning that summer. The six-figure price tag is likely to keep many from ever owning a Panoz Avezzano, but there’s no doubt it’d be a unique and powerful sports car. And fun, too.