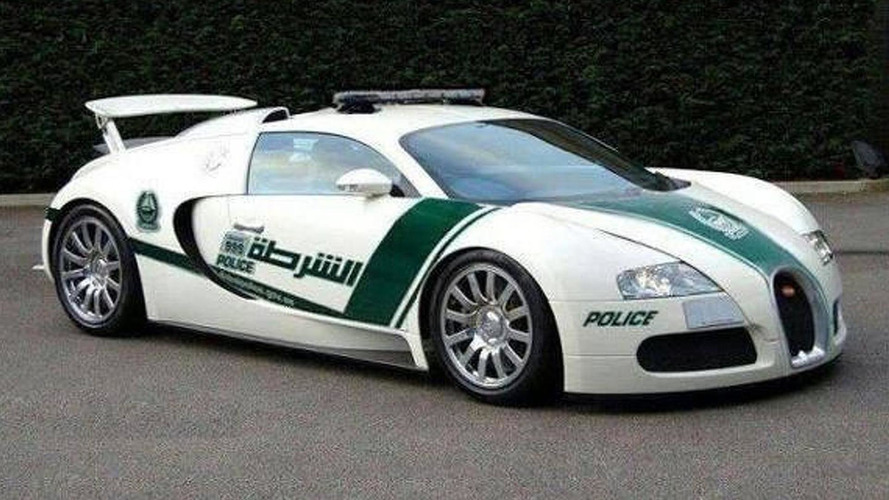 The now famous Dubai police have added a new member to their supercar fleet, the all-mighty Bugatti Veyron.

The now famous Dubai police have added a new member to their supercar fleet, the all-mighty Bugatti Veyron.

At the beginning of the month we found out police authorities in Dubai recently made some expensive acquisitions for their car fleet as they bought a Chevrolet Camaro, Bentley Continental, Mercedes-Benz SLS, Ferrari FF, Lamborghini Aventador and an Aston Martin One-77. Now, they've added a new member to the list: a Bugatti Veyron.

We are wondering what car they possible could buy next. Perhaps a LaFerrari or a McLaren P1? It should be mentioned that these very expensive cars are not for high-speed patrol as the police uses them in the most luxurious areas of the city, most likely simply for show-off.

Thanks again to Hammad M.J. for the tip!

UPDATE: As our readers have pointed, the attached pic is photoshopped. It was twitted by Head of Dubai Police Lieutenant General Dhahi Khalfan bin Tamim as a move to announce plans of purchasing a Veyron in the near future.