The entire body is made out of carbon fiber composite to keep the supercar's weight under 2,400 pounds.

Factory Five Racing attended SEMA this year to show a prototype chassis of its new supercar bound to replace the GTM that has been around since the mid-2000s. Known as the “F9R,” the new creation eschews the mid-engined layout of its predecessor for a giant V12 9.5-liter engine mounted at the front, with a whopping 750 horsepower and 700 pound-feet (949 Newton-meters) of torque on tap.

In an update published on the official website, the Massachusetts-based kit car company has shared several images and a video of the F9R with its shiny new body. Made entirely out of carbon fiber composites, the two-seater lightweight coupe shows its aggressive styling highlighted by a giant rear wing, a massive front splitter, and a prominent rear diffuser. Also noticeable are the quad exhaust tips and window louvers sending out a retro vibe.

Factory Five Racing is targeting a curb weight of less than 2,400 pounds (1,088 kilograms) for its do-it-yourself car featuring a wheelbase measuring 104 inches (2.64 meters). The F9R’s body will be 78 inches (1.98 meters) wide and the car will stand 46 inches (1.16 meters) tall, with a clear coat finish for the carbon fiber composite body. The supercar has been engineered to accommodate a variety of engines beyond the V12, including small block Ford crate engines and modular Ford engines, along with the series of LS powertrains.

There's No Replacement For Displacement: 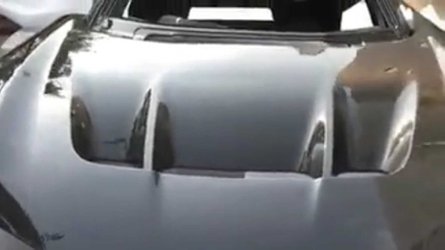 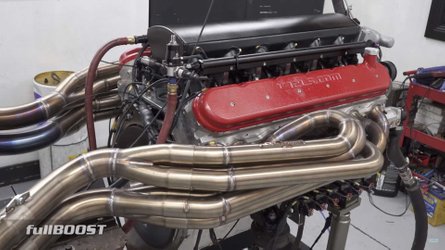 The company’s next goal is to build and test prototypes next spring and summer ahead of a production start scheduled for late 2020 or the first quarter of 2021. Factory Five Racing has already trademarked the vehicle’s design, which has been penned by Jim Schenck and Phil Frank over the course of a year. If you’re familiar with the Saleen S7 launched in 2000, it’s worth mentioning Phil was involved in the body and interior CAD design and development of the 248-mph machine.