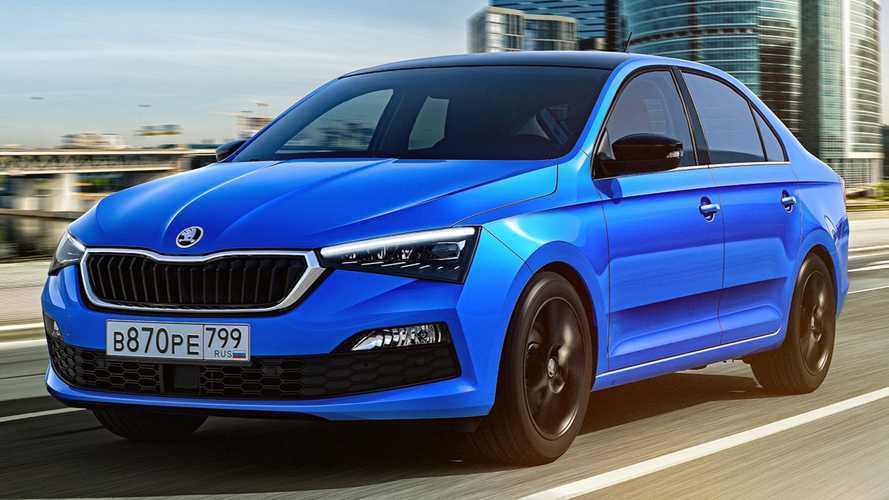 From Russia with love.

It was about a year ago when Skoda waved goodbye to the old Rapid to replace it in most parts of Europe with the more sophisticated Scala touted as a direct rival for the Volkswagen Golf. The thing is, the Rapid hasn’t been completely removed from the company’s lineup as the model lives on in Russia where today a second generation was introduced along with the RU-spec Karoq.

As previewed by the teasers, the new Rapid represents a major departure in terms of design over its predecessor as it adopts a more high-end look heavily derived from the aforementioned Scala. The front fascia styling has largely been carried over, while the taillight design is also reminiscent of its fancier cousin. Also at the back, a spoiler lip is noticeable on the tailgate where the “SKODA” lettering has replaced the corporate logo as seen on recent models from the Czech brand. There’s not much to say about the side profile since it appears to be a spitting image of the old car’s silhouette.

The interior also boasts obvious Scala inspiration as the dashboard looks quite similar, although the Rapid's climate control buttons have a more basic design than those of the Scala. Skoda says an optional heated steering wheel with a two-spoke design will be available, and chances are it will be similar if not identical to the 2020 Octavia's. The Scala's tablet-like infotainment system measuring either 6.5 or 8 inches will be carried over to the Rapid, which is also set to get a fully digital instrument cluster.

Underneath the hood, power will be provided by a naturally aspirated 1.6-liter gasoline engine with 90 hp and 110 hp, hooked up to a five- or six-speed manual gearbox. A beefier 1.4 TSI with 125 horsepower will be connected to a seven-speed DSG.

Skoda will sell the RU-spec Rapid with air conditioning, LED headlights and taillights as standard, while a heated windscreen will also be available. A Front Assist System will be on the options list, along with front and rear parking sensors. The base model will ride on 14-inch wheels, but more expensive ones will come with 15- and 16-inch sets.

The second-generation Rapid will be produced at the Kaluga factory and will begin to reach dealers in the first quarter of 2020. Pricing will kick off at 829,000 rubles (about €11,800 or $13,000 at current exchange rates), which represents a minor increase over the previous generation. Besides Russia, the Rapid will soldier on in India and China as well.

2020 Skoda Rapid Teased As Model Lives On In Certain Markets
++