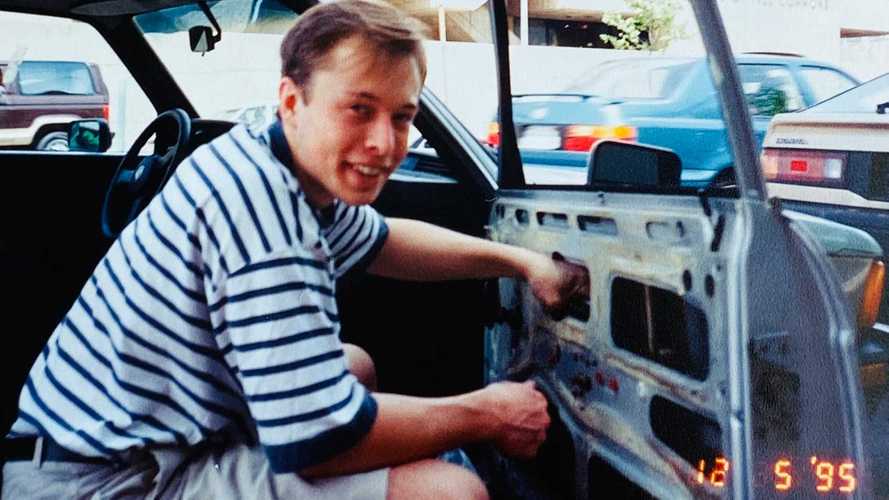 A photo from 24 years ago goes to show Elon Musk truly is a car guy.

In the aftermath of Tesla’s far from perfect reveal debut of the Cybertruck, Elon Musk’s mom shared a photo on Twitter with her son fixing up his old BMW. Ironically, the image taken in 1995 depicts a young Elon replacing the broken window of his 1978 320i, so his experience should come in handy when the time comes to replace the broken side glass of the electric pickup injured during the L.A. premiere.

Bought back in 1993 for just $1,400, the E21 was Elon Musk’s first car and in need of some serious TLC at the time of purchase. Strapped for cash, he couldn’t afford to pay for the necessary repairs and fixed it all by himself using parts he sourced from a junkyard. Not only that, but when the standard four-speed transmission failed, he replaced it with a five-speed gearbox from a newer model found in a junkyard in Philadelphia. As for the window, thieves smashed it to get inside the car and steal the radio. It's unclear whether they used steel balls or not.

Just four short years later after this image was taken, Elon would go on to buy the legendary McLaren F1, which he later crashed while attempting to show it off to PayPal co-founder Peter Thiel. Plot twist – the car wasn’t insured at the time of the accident.

The 320i wasn’t the only Bimmer owned by Tesla Motors’ head honcho as he also had an M5 tuned by Hamann, along with a Porsche 911, an Audi Q7, and a 1967 Jaguar E-Type. Needless to say, he also bought the Lotus Esprit from James Bond’s “The Spy Who Loved Me” and turned it into an electric submarine. The car’s wedge era design went on to influence the Cybertruck’s edgy styling.

His impressive car collection goes to show that while Elon Musk is a businessman and an innovator, he’s also a car guy just like the rest of us. Let’s keep in mind that Tesla is working on a car that enthusiasts will highly appreciate as the second-generation Roadster with its amazing specs is expected to shake up the sports car market. After all, some incredible performance numbers have been promised: 0-60 mph in 1.9 seconds, 0-100 mph in 4.2 seconds, and a top speed of over 250 mph.