Take 20 percent off the MSRP or get zero-percent financing while you can.

Friends, let’s pour one out for the Buick Regal. It was a surprisingly good sedan from a branch of GM that had grown soft over the decades, and in TourX wagon trim it was even better. Whether it was poor marketing on GM’s part, changing trends among U.S. buyers, or a combination of both, the Regal languished on dealership lots until the automaker finally decided to pull the plug after 2020. We can’t blame Buick for making that decision – less than 9,000 Regals sold through the first three quarters of 2019 – but aggressive purchase incentives could help the TourX go out with a bang. 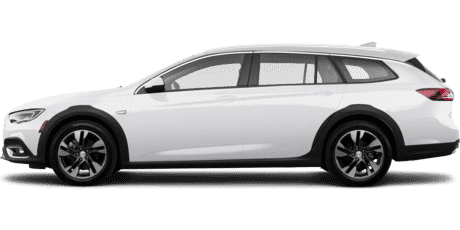 save over $3,400 on average off MSRP* on a new Buick Regal TourX

GMAuthority first reported the new discount, which takes a full 20 percent off the MSRP for new TourX models through December. A financing promotion of zero percent for 72 months with a $2,500 discount is also available. Both deals require buyers to finance through GM Financial, and naturally, the fine print says the offer is only available for well-qualified buyers. Depending on how fancy you trick out your TourX, the discount could total up to $8,000.

2018 Buick Regal GS First Drive: A German By Any Other Name

If you have visions of nixing the long roof Regal and scoring a deal for a sporty GS sedan or the five-door Sportback, the incentive sadly doesn’t apply to other models beyond the TourX. We’re not really sure why that’s the case since all Regal models are virtually dead in the water, at least in the U.S. market. The Regal will continue in China – a curious trend among GM sedans as the cancelled-in-America Cadillac CT6 will endure in the Chinese market as well. The Regal’s bones will also live on in the European theater as the Insignia, wearing either an Opel or Vauxhall badges.

As for the United States, Buick will kill the Regal at the end of the 2020 model year. With the Regal’s sales figures way down in 2019, we wouldn’t be surprised to see a new batch of incentives for the entire Regal line before the end finally comes later next year.