The all-electric ID.4 compact SUV is also coming next year, along with a significantly updated seven-passenger Atlas.

Volkswagen shed some light on its future offerings for the U.S. market at a special media event in Michigan today, and as you can probably guess, the future is SUVs. It’s not entirely an SUV blitz, however, as the automaker also made it very clear that VW-badged sedans were here to stay. The big news, however, is that VW will launch two all-new compact SUVs for North America, including the company’s first fully-electric offering on its new MEB platform.

VW didn’t offer many details on these new models, save for some basic market information. The EV SUV will be the first to debut, with the covers lifting in the spring of 2020. VW reps were shy with names, but this is the ID.4 EV crossover we’ve spied on occasion. Based on the ID.Crozz concept, it will be built at the automaker’s Chattanooga, Tennessee facility and should offer dual motors for all-wheel-drive grip in the 300-horsepower (224-kilowatt) range.

And Its Name Was Taos:

The second SUV is something we haven’t heard much about. It’s a small people mover positioned to slot behind the Tiguan in VW’s lineup, where it will compete with machines such as the Nissan Rogue Sport, Jeep Compass, and the Kia Sportage among others. It will be an internal-combustion affair, and though some might be tempted to call this a U.S. version of the Euro-spec Nivus, it will be built in Mexico and designed specifically for North America. VW tells us it will hit the market in Summer 2021.

As for VW’s larger Atlas, a facelifted version is coming for the 2021 model year – bumping VW’s normal four-year refresh cycle up by a year. That’s indiciative of just how competitive the SUV segment is these days, and VW won’t simply give the Atlas some restyled body panels. The manufacturer will update the interior with a new steering wheel, 8-inch touchscreen, add new driver assists, and in the process, the Atlas will grow nearly three inches. Whether that translates to more room for passengers isn’t clear, but we’ll find out next year when the refreshed Atlas debuts as a 2021 model.

As for sedans, VW says it is tripling down for the U.S. market with no plans to abandon the Jetta, Arteon, or Passat. 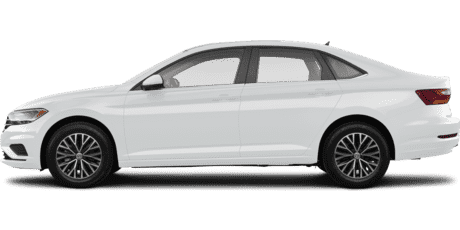 “While some brands have walked away from car sales, we are focused on making smart decisions in this segment which is still a big part of the market,” VW said in its presentation.

It’s a not-so-thinly veiled swipe at GM and especially Ford, which has chosen to completely abandon the sedan segment in the U.S. for SUVs.