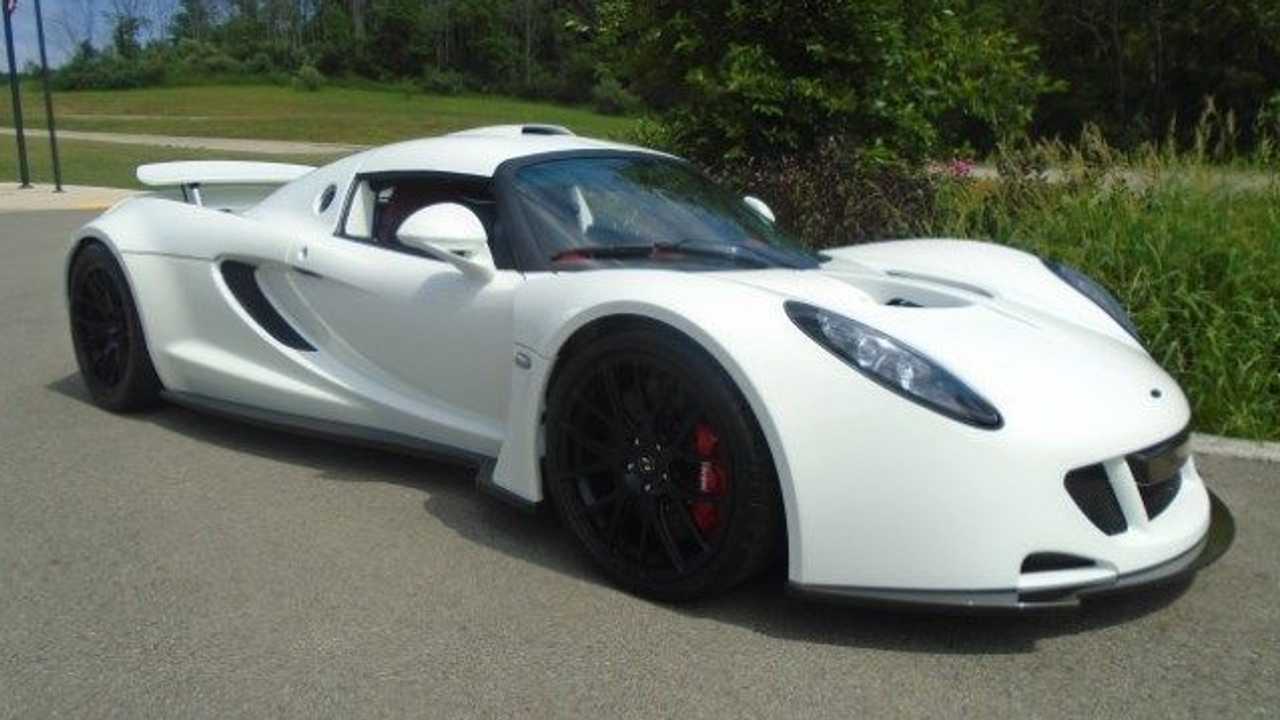 Production of the Hennessey Venom GT kicked off back in 2010 and over the course of six years, only a dozen of customer cars were assembled, plus the development prototype. Seeing one for sale on the second-hand market is an extremely rare event, and that’s why we are happy to report there’s an example currently up for grabs. It’s a chassis number 9, which is believed to be the only white example from the series.

This Lotus Elise-based supercar is powered by a massive Chevrolet LS7 7.0-liter twin-turbo V8 engine with a peak output of 1244 horsepower (928 kilowatts). Mated to a Ford GT-sourced six-speed manual transmission, the Venom GT should be capable of reaching a top speed of record-breaking 270.49 miles per hour (435.31 kilometers per hour), or at least very close to that number. This particular car was produced in February 2014, some three years before the model was discontinued, and was originally sold for about $1.5 million.

The Venom GT Is A Beast:

The ad for the car says it “has been fully serviced, inspected, and completely detailed, unless otherwise noted.” And since the seller doesn’t specifically say it hasn’t been serviced and inspected, one could assume this supercar is completely ready to hit the road and should be in mint condition. Mind you, it has just 745 miles (1,199 kilometers) on the odometer so it’s basically brand new despite being five years old now.

Given the above, the asked price of $1.25 million seems pretty fair to us. With most of the depreciation for this Venom GT now likely behind its back, we can assume its price will only go up in the future. An investment or a holiday vehicle, this Venom GT seems like a good deal.