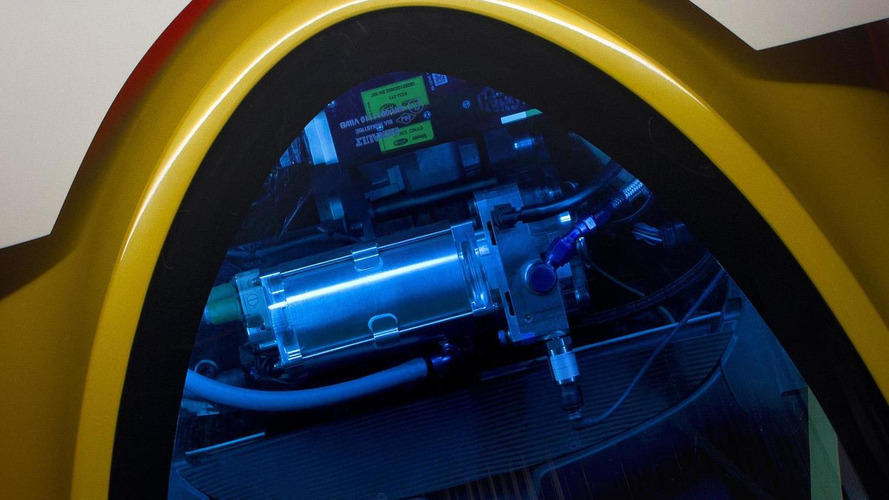 Twizy's rear seat was removed to fit a KERS system which works together with the 12.6 kW (17 bhp) electric motor. KERS will store the energy lost during braking in the battery and provide an additional 59 kW (79 bhp). KERS boost is available permanently since Renault's engineers modified the system so that it draws power from the electric motor as well.

The Twizy Renault Sport F1 Concept also has an aggressive body kit with large front and rear wings, side pods and a rear diffuser. It wears a yellow and black livery to pay tribute to the firm's ex Formula 1 liveries.