Look hard because the changes aren't easy to see.

The Volvo S90 sedan, V90 wagon, and V90 Cross Country have styling updates on the way, and these photos catch all three of them conducting cold-weather testing in Sweden. Judging by these shots and earlier pictures, the company doesn't intend to make extensive exterior styling tweaks for this refresh.

Volvo's camouflage puts tiny coverings over sections of the lower bumpers. There's also tape around the front splitter. The pieces have a horizontal layout that might make the vehicles look wider when the camouflage comes off. In addition, the grille spokes have a more concave shape. 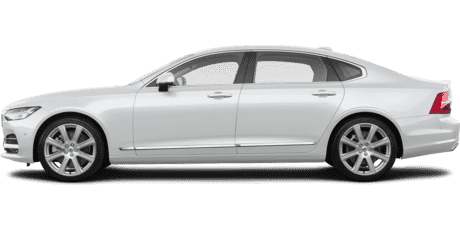 Snow covers the back of these vehicles, which conceals some of the changes. If you look very closely, tape is visible on the lower part of the bumper near the exhausts. Volvo also conceals sections of the taillights, which indicates design tweaks for them, too.

So far, the styling revisions for the interior are a mystery. Infotainment system upgrades seem like practically a certainty, though. Look for Volvo also to introduce its latest active safety tech.

Powertrain tweaks are also unknown. An array of mild-hybrid and plug-in powertrains should still be available. Volvo is currently introducing what the company says is its final generation of diesel powerplants, so look for these to be available, too.

Given how small these changes are, we don't expect Volvo to wait very long before debuting the first of the refreshed models. The company might have a staggered unveiling for the sedan and wagon to maintain interest in the improvements among buyers.