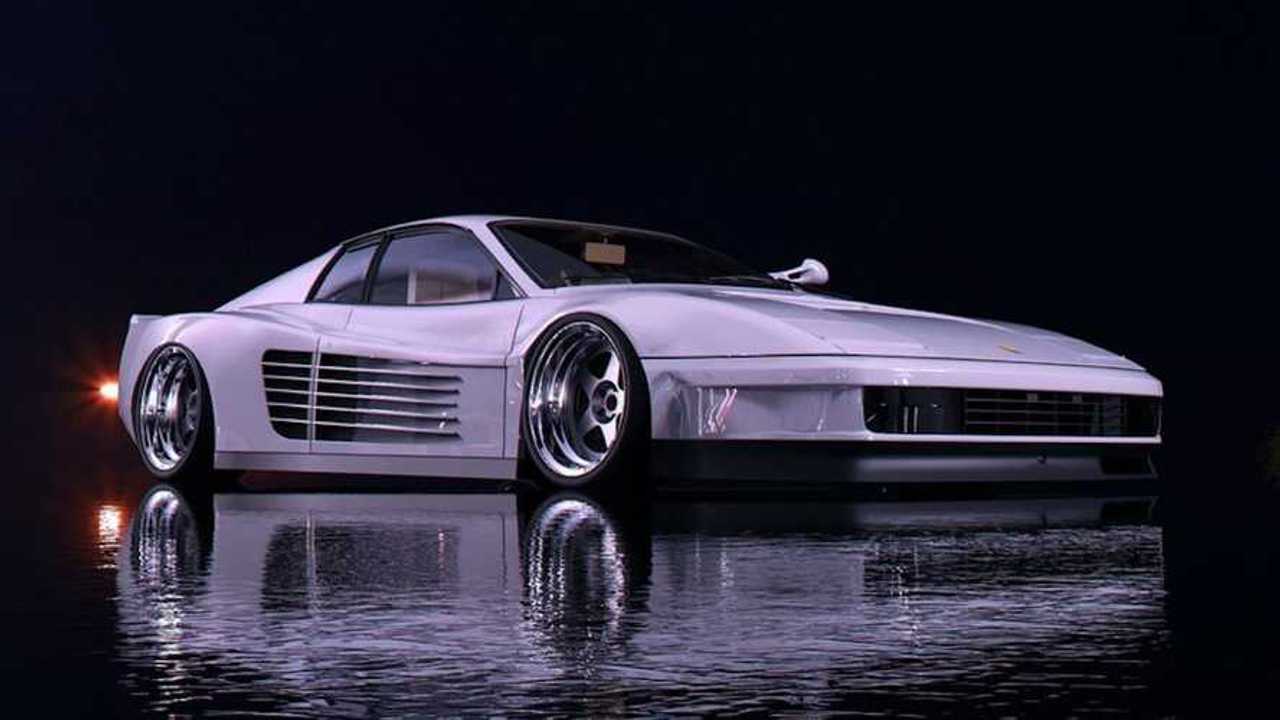 We're not entirely sure about those Lambo taillights but overall, it's a laudable sketch.

The Ferrari Testarossa is an iconic name in the '80s. A legend, even. The Pininfarina-designed supercar was even made popular at its production peak by Miami Vice TV series, with its main protagonist James "Sonny" Crockett sporting a white TR – a juxtaposition of the lustful and greedy mindset of the series and of that era.

But what if the Testarossa was made even more sultry and sexy with a few modern cues? Abimelec Design reimagines the iconic supercar in his latest rendering, and we can't help but lust over the car all over again.

With a molded widebody and a lip spoiler added to the mix, the Miami Vice Testarossa rendering could both agitate and excite the fans of the crime drama series. The really low and wide stance makes us rethink our dream to drive this car (if it were real) but we're loving the set of wheels.

For what it's worth, we think Abimelec Design has been doing the lord's work with these renderings. He even found a new way to interpret his creations, far from the usual life-like sketches that he did before. But with a car like this, the theme just fits and we would like to commend this artist for that.

Abimelec Design Has Been Making Great Interpretations Of Both Old And New Cars:

We Totally Dig This Rendering Of A 1965 Ford Mustang Wagon

We're just not sure of the Lamborghini taillights, though. It looks good on the Testarossa, but adding a Bull element on a Prancing Horse maybe too much? That's just us – we know some of you might like it. Let us know what you think in the comments section below.