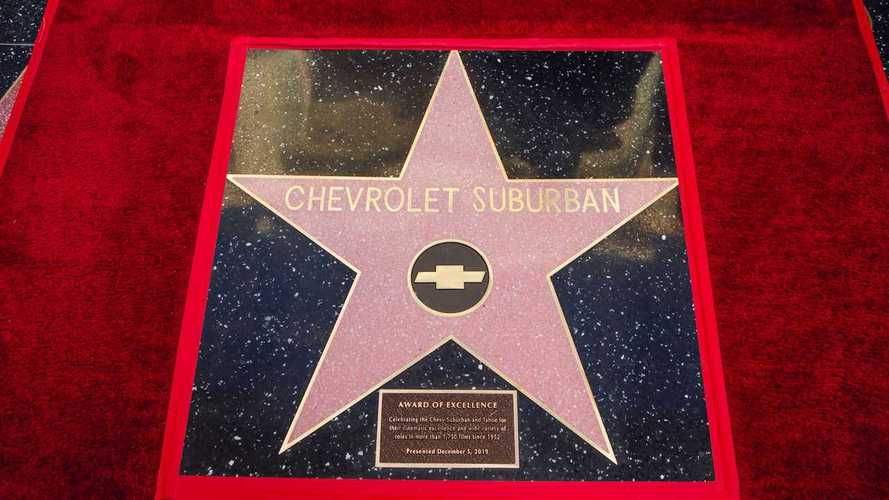 An illustrious acting career that started in 1955.

It's rare for any actor to have such an illustrious and recognizable acting career that would span 67 years, let alone show up in at least one Hollywood movie per year. Not only would the talent fees be extremely expensive, health conditions could pop up, and other variables relating to age can ruin anyone's career. Thankfully, for a hard-working actor like the Chevrolet Suburban, it really doesn't have any aging issues, since a new one is usually released every few years, and Suburbans have a lot going for them, able to fulfil a myriad of roles.

Today, the Chevrolet Suburban has officially become the first vehicle ever to be given the Award of Excellence star at Hollywood and Highland, recognizing its almost 70-year career in show business. “For six decades the Chevrolet Suburban has been Hollywood’s longest-working actor,” said Rana Ghadban, president and CEO of the Hollywood Chamber of Commerce. “Appearing in classic feature films and on must-see television shows, the Suburban is a well-established industry mainstay. With the Chevrolet Tahoe also making an impact in movies and on television, it’s impressive to have both vehicles now join an illustrious group of actors and characters that are forever known as Hollywood legends.” Since the Suburban started showing up in Hollywood in 1952, the car has starred in more than 1,750 TV shows and films. It has also appeared in at least one television series every year since 1956, and at least one film every year since 1960. 30 award-nominated films also feature the Suburban, with the vehicle-actor being able to play the hero, villain, or family member alike.

A New Pair Of Chevy SUVs Are Coming Soon:

“There’s really nothing else like the Chevrolet Suburban in this business, for two reasons,” said Dennis McCarthy, Hollywood picture car coordinator. “First, it’s one of the most versatile vehicles in the business, able to fit with any type of character. Second, it can help instantly give a scene added importance. When a convoy of black Suburbans appears on screen, you know that’s not the time to leave your seat to buy popcorn.”