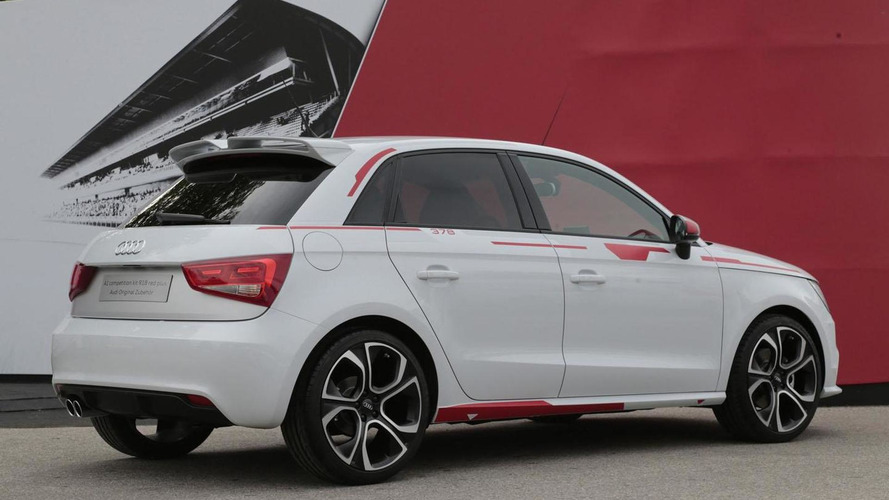 Audi has introduced a new competition package for the A1 at Wörthersee 2013. It features a front lip spoiler, attractive alloy wheels and special floor mats.

Audi has introduced a new competition package for the A1 at Wörthersee 2013.

Named after the R18 e-tron quattro, the R18 competition package is purely cosmetic and shares little with the Le Mans winning race car.

Starting with the exterior, the car has been equipped red and gray accents, "378" badging and a unique tailgate-mounted spoiler. We can also see a front lip spoiler and attractive alloy wheels with black accents.

Interior changes are limited but include special floor mats and a unique center console that mimics the exterior's design.

Audi declined to reveal pricing, but said the R18 package is part of the company's plan to offer new customization kits for the A1 twice a year.