Genesis GV80 Leaked Images Suggest SUV Reveal Could Be Nigh 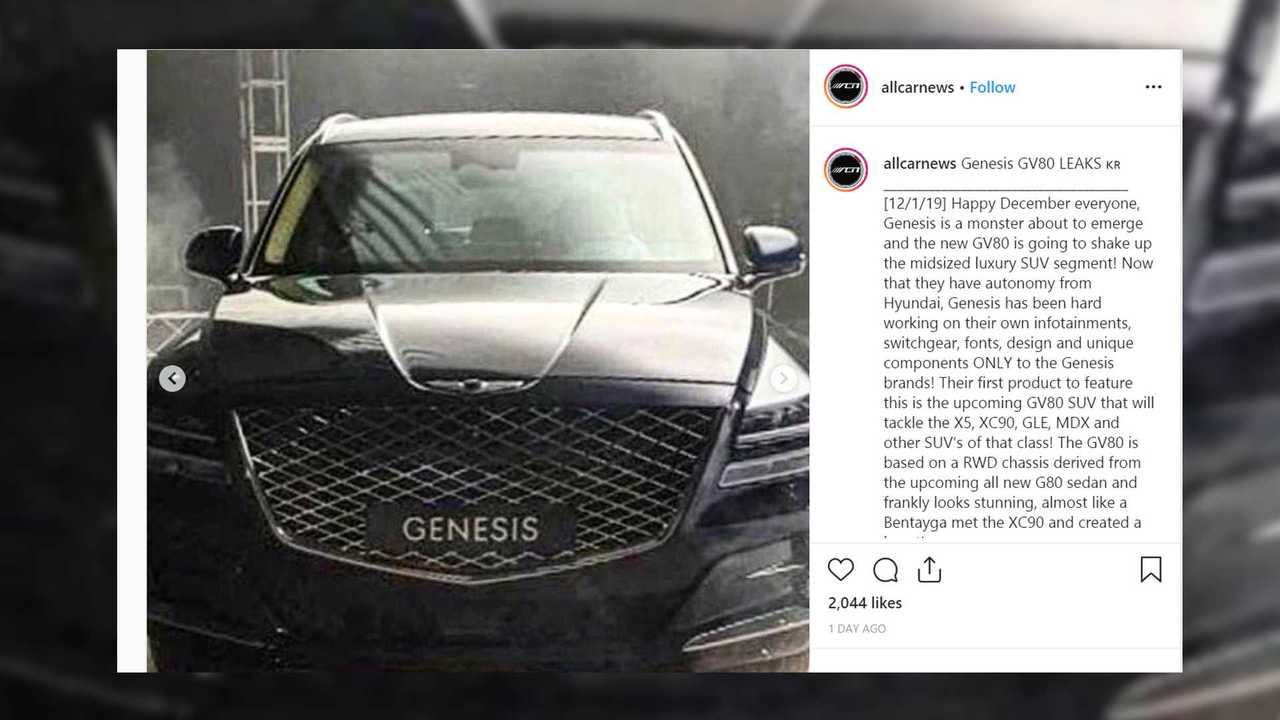 We even get a glimpse of the GV80's interior wearing what looks like plastic wrap for delivery.

We’ve certainly seen more than a few spy photos of the forthcoming Genesis GV80 luxury SUV, and the last few sightings saw the camo coverings reduced to a thin wrap on the outside. Now, an Instagram post from Allcarnews claims to have leaked images of the real deal without any camo, revealing both the GV80’s exterior and interior. The photos aren’t the clearest, and Genesis had no comment when we sought confirmation about them. That said, if they are legit, here’s the GV80 before you’re supposed to see it.

Honestly, the exterior isn’t too surprising based on the spy shots, renderings, and the GV80 concept that was shown upwards of two years ago. We’ve also seen the GV80 leaked previously so yeah, for a vehicle not yet officially revealed, we sure have seen a lot of it. One of the new images seems so show a model wearing a handsome two-tone exterior finish in gray and silver, and we can also see the up-angled rear-side glass that’s still obscured by camo wrap on test vehicles.

This time around, we’re also given some interior glimpses and from what we can see, the cockpit carries a mix of elements seen both in the GV80 concept and the recently facelifted G90 sedan. The layout is certainly cleaner than the G90, but it’s not the minimalist approach as seen in the concept. The center infotainment screen has a floating design, but the photo quality is too low to tell if the instrument cluster is a fully digital screen or an analog arrangement. It’s possible both options could be offered.

As for when we will officially see the GV80, that’s still a mystery though we suspect it must be coming soon. If these images are legitimate – and we have no reason to suspect they aren’t – production models sitting in plain sight suggest a reveal should be right around the corner. With Genesis currently fielding a fleet of sedans in an automotive landscape dominated by SUVs, we suspect the company is quite eager to get the GV80 into showrooms.