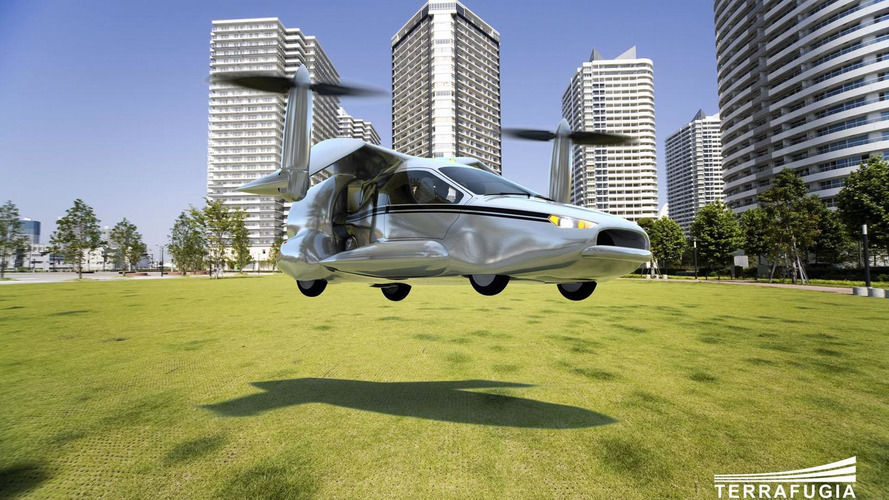 Terrafugia has released the first details about their TF-X flying car concept. It is envisioned as a vertical takeoff and landing plug-in hybrid-electric flying car that has state-of-the-art technology and fly-by-wire controls.

Terrafugia has released the first details about their TF-X flying car concept.

Currently under development, the TF-X is envisioned as a vertical takeoff and landing plug-in hybrid-electric flying car that has state-of-the-art technology and fly-by-wire controls.

Terrafugia says learning to use the TF-X will only take about five hours as they've tried to make everything as car-like as possible. More importantly, the TF-X has an automatic flying and landing system to ensure even novices can use it.

The TF-X is also slated to have an advanced safety system that requires users to select a primary landing zone as well as backup landing zones. If the TF-X determines that it doesn't have enough power to conduct "last minute aborts at the first two sites and safely navigate to and land at the third within a 30 minute reserve, or if the forecast weather in any of the three landing zones would be outside the allowable limits, or if any of the selected landing zones are in temporarily restricted airspace (TFRs), departure will not be allowed until appropriate landing zones are selected." Other safety features include a backup parachute and an emergency auto-land function which will land the aircraft if the pilot becomes unresponsive.

While the company says it's too early to talk about pricing, they want to put the TF-X in "automotive scale production" which could make it cost competitive "very high-end luxury cars." Even if everything works out, Terrafugia expects the TF-X will be in development for at least 8-12 years.