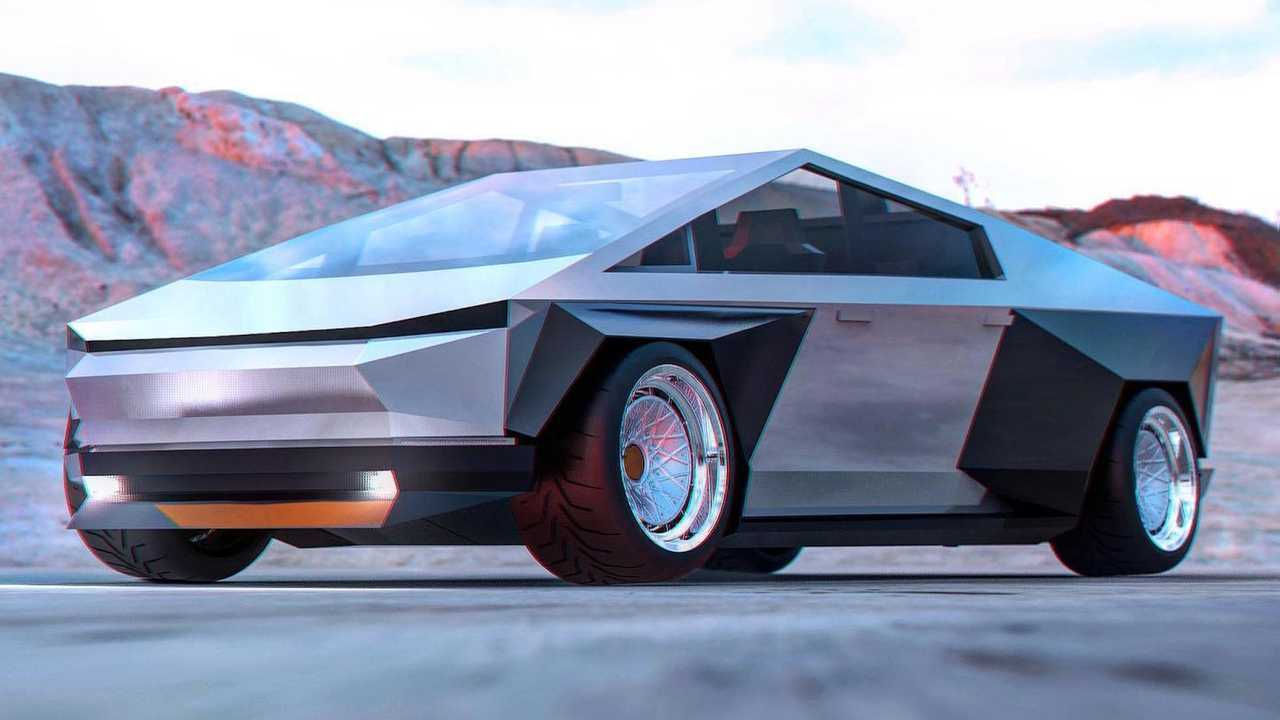 The idea is pretty bad, especially on an EV.

As a not-so-pretty vehicle, the Cybertruck brings forth the creativity of people – that's probably one of the best things about the newest Tesla. Even the Dubai police force joined the fray, publishing a rendering of the Cybertruck that's marked with the police fleet's livery. One group even did it all and reimagined the Tesla truck as a wagon, a two-door pickup, and a panel van – something that we don't think we're ready for just yet.

As expected, Abimelec Design has his own take on the ill-favored truck. His idea? A Hellcat-powered Cybertruck, complete with two exhaust pipes and an exposed engine block installed on the bed. Wait, let that sink in.

Cybertruck Nuts Were Definitely Going To Happen, And Now They Have
⠀

Okay, let's proceed. An EV truck with a gas-guzzling V8 – if that idea doesn't strike a nerve, we don't know what else will. We think it's pointless and no matter how cool Hellcat engines are, Tesla's vision of an emissions-free pickup truck is nowhere near the premise of using a Hellcat engine. But hey, nice try, and we really don't think Abimelec was serious about the ill-fated idea.

Here Are The People's Takes On The Newest Tesla:

Abimelec Design altered the look of the Cybertruck in conjunction with the Hellcat addition. He added reflective panels and a throwback '80s type of rims to complement the look. He also exaggerated the fenders and gave the Cybertruck's face a bit of a character with more angular panels. With that addition, the Cybertruck now gets a two-tone effect.

The final product still looks straight out of a sci-fi movie, but it looks better than the original, don't you think? Share your thoughts in the comments section below.