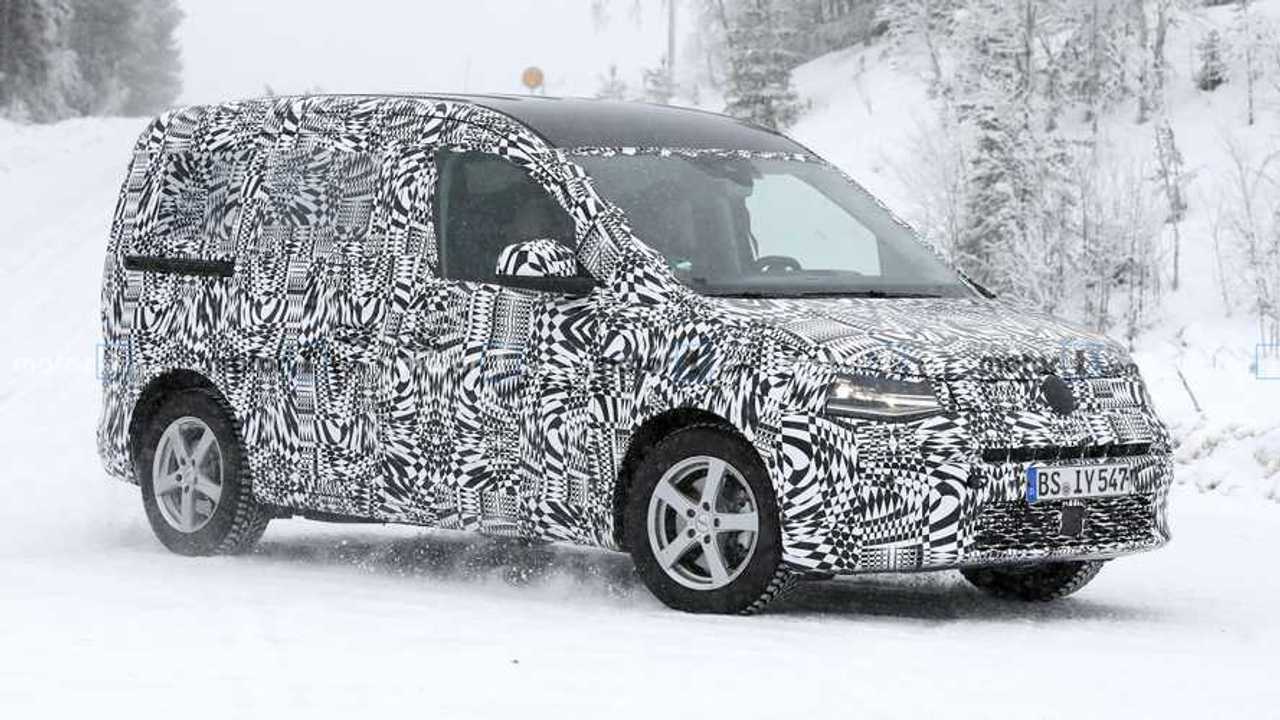 Finally switching to the MQB platform.

We first saw the next-generation Volkswagen Caddy testing on public roads in April this year. Back then, the light commercial vehicle was still wearing a lot of camouflage, including body cladding that didn’t allow us to see its actual shape. It seems that most - if not all - of the fake body panels are gone in the latest batch of shots, showing the Caddy testing in snowy northern Europe.

Still, the amount of thin foil covering the car is significant but at least we are able to spot some of the details of the front fascia. A pair of sleek headlights featuring projector lenses form a sharper front end for the LCV, while the bumper appears to be more sculptured than before.

At the back, everything appears to be as expected for a small passenger and cargo van made by Volkswagen. One interesting thing worth noting is the additional sensor attached to the exhaust pipe, which probably measures the amount of exhaust gases coming from the motor.

It is believed the new Caddy will ride on the automaker’s MQB platform for front- and all-wheel drive cars with a transversely mounted engine. This will allow for smarter packaging within the construction, which should have a positive impact on the interior and especially the cargo space.

It is also believed the new Caddy will be offered in at least two versions when it comes to its length. Seen here is the short wheelbase model and word on the street is an LWB passenger variant will replace the VW Sharan. Regarding the engines, expect to see a lineup of turbocharged diesel and gasoline units, and we assume some of them will eventually get mild-hybrid support for lower CO2 emissions.