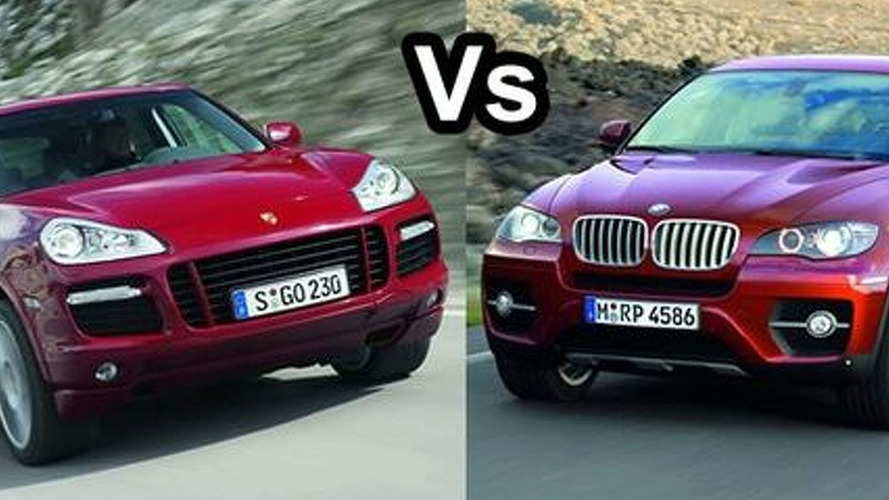 Now we can see how the two powerhouses compared to each other at the famed Nurburgring track.

Not too long a go BMW threw the gauntlet down to the world's media when they “accidentally” leaked a document which compared the BMW X6 xDrive50i to the Porsche Cayenne GTS. Fortunately German magazine Autobild duly obliged and now we can see how the two powerhouses compared to each other at the famed Nurburgring track.

Starting with the official statistics of the model, we can see that the slightly lighter X6 has full acceleration bragging rights with a 0-60mph time of just 5.3 seconds, a full 0.8 seconds faster than the Cayenne GTS, it also boasts lower CO2 emissions. However it does fall down on the all important fuel consumption figure with it's counterpart's 15.54 miles per gallon – 14% lower than the X6.

When taking these expensively assembled vehicles to the racetrack though, these basic figures can sometimes by irrelevant, something Autobild was looking to find out. The magazine did a number of tests at the ring comparing best laps, acceleration, top-speed and braking, but who came out on top?

Braking showed very little to differentiate the models with a braking distance from 100km/h to 0 of 37.4 meters for the Cayenne GTS and just 30cm longer for the X6. The top speed tests saw the Porsche Cayenne GTS taking a decisive lead with a top speed of 263km/h, but the X6 had it's on board speed limiter denying it from going faster than 252km/h. As you would expect the X6 brought back on level terms in the acceleration tests going from 0-100km/h in 5.7 seconds with the Cayenne GTS lagging a whole second further behind.

Pretty much neck and neck now, all is left now is a showdown on the all important lap times around the Ring.

We can tell you the BMW X6 xDrive50i put in a best lap of 8min 54.4 seconds, but the Cayenne GTS was left crawling behind beyond the 9 minute barrier and more than 7 seconds a drift with a time of 9 mins 1.9 seconds.

The test certainly proves the BMW has come out on top on this one and it's lower price makes it an altogether better or more appealing buy.