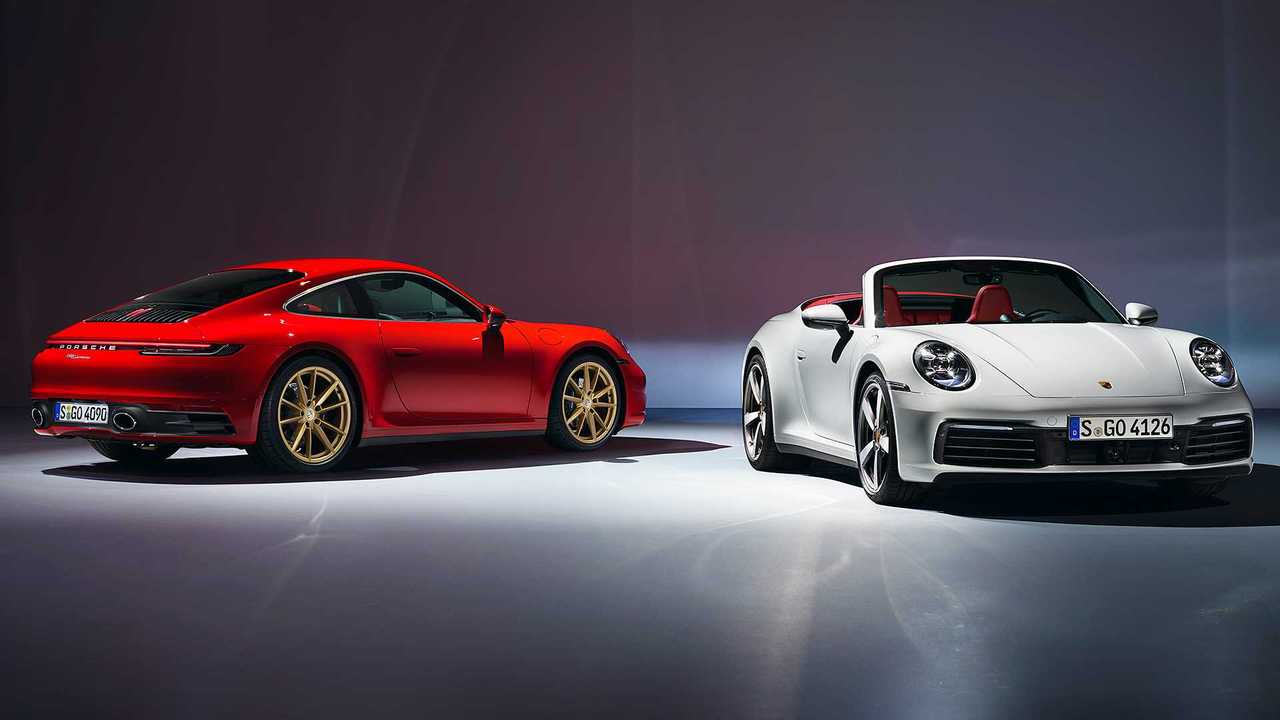 You won't be able to plug it in.

Porsche is going all in when it comes to electrification, having launched the Taycan pure EV sedan and planning a zero-emissions Macan for the crossover’s next generation. The Boxster and Cayman duo is also earmarked to embrace an electric future in just a few years from now, while the Cayenne large SUV and the Panamera sedan already have versions carrying a “hybrid” badge. In addition, a Taycan Cross Turismo wagon is coming at some point in 2020. What else is on Stuttgart’s electrification agenda? A hybrid 911.

Porsche’s boss, Oliver Blume, sat down and had a chat with Top Gear magazine about the automaker’s electrifications ambitions for the next decade. We’ve known for quite some time the 911 (992 generation) would receive a hybrid powertrain, and now we get to find out a few details about the first-ever 911 of this kind to come straight from Porsche (others have already hybridized it).

Aborted Porsche F1 Engine Program Could Be Base For New Hypercar

Blume told TG the 911 hybrid is set to become the “the highest-performance 911 of all,” meaning it will have what it takes to battle with the top dogs in the vast 911 family, such as the Turbo S and the GT2 RS. Because it won’t be a plug-in hybrid, it’s not going to have to carry around a significant amount of extra weight as a consequence of adding a big battery.

We have full confidence in Porsche that it will deliver a thrilling 911 hybrid taking into account the engineers are going to benefit from the experience gained during the 919’s development. Not only was the race car an immense success in motorsport, but the purpose-built 919 Hybrid Evo has claimed the outright record at the Nürburgring with a time of 5 minutes and 19.54 seconds.

Little else is known about the 911 hybrid, but Porsche’s sports car development boss August Achleitner has promised the car is going to have a limited electric range. We also know the 992-gen model has been developed right from the start to have enough space for a disc-shaped electric motor, while the PDK has been engineered to cope with torque levels exceeding 800 Newton-meters (590 pound-feet).

It’s unclear how much extra power the hybrid component will bring, but Achleitner did point towards the direction of the Panamera Turbo S E-Hybrid with its 134 hp and 295 lb-ft (400 Nm) coming from the electric motor. Assuming the electrified 911 will be based on a Turbo, which is expected to have around 641 hp in S guise, the hybrid will be a real monster with well over 700 hp.

The small battery pack will likely be installed somewhere at the front to improve weight distribution compared to the 39:61 setup of a 992 Carrera S. Its capacity is not known, but the aforementioned Panamera Turbo S E-Hybrid has a 14.1-kWh pack. The hybrid model is also expected to have a lower center of gravity by installing the battery down low at the front after reducing the size of the gasoline fuel tank.

It remains a mystery when the 911 hybrid will debut, although reports say it could arrive by 2022.