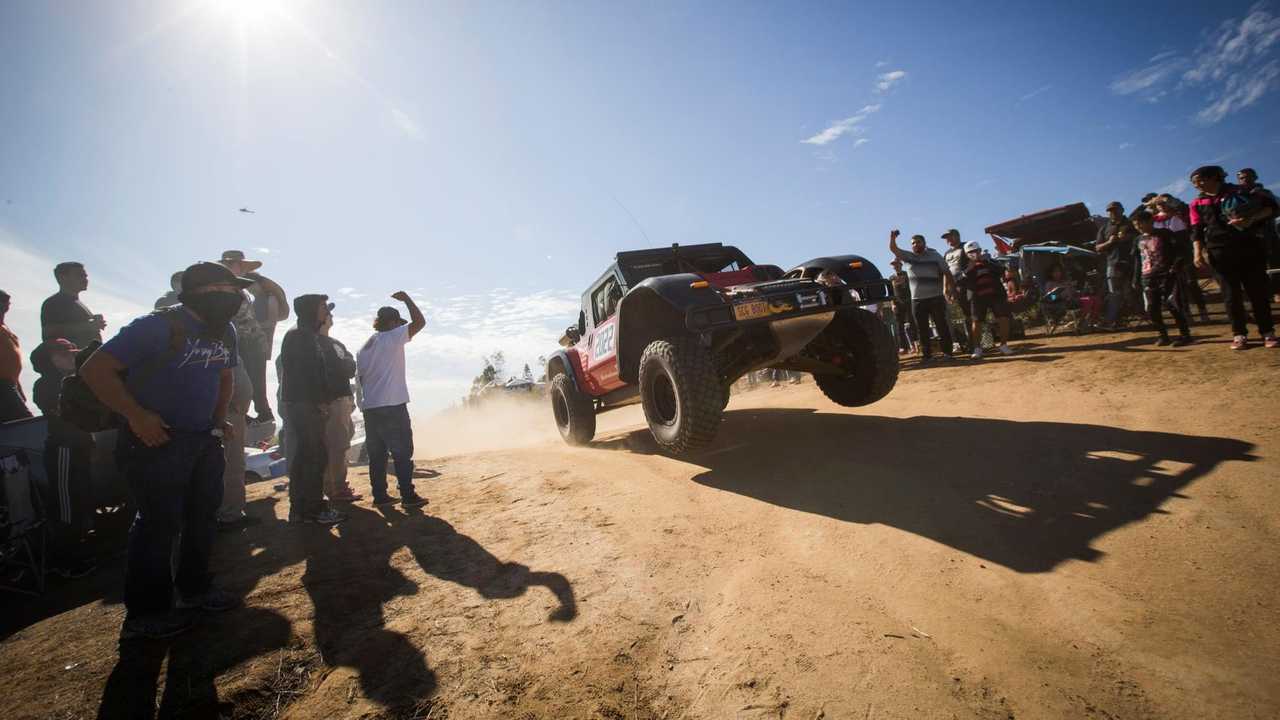 It would compete in the top category and aim for an overall Baja 1000 win.

We’ve followed Scuderia Cameron Glickenhaus for a few years now. Several concepts were revealed in that timeframe, everything from sports cars to race cars, and the off-roader featured here affectionally known as the Boot. SCG said it was going to race the Boot at Baja, and in fact, it recently won its category while beating the factory-backed Ford Bronco R. It seems SCG owner James Glickenhaus has tasted blood, because he wants to go back next year to claim an overall win. And he’ll need a more powerful Boot to do it.

In the Facebook post above, Glickenhaus explains how team SCG won its Baja 1000 category. Admittedly, the Bronco was the Boot’s only competitor in this street-legal group, but conditions were reportedly quite treacherous for this year’s Baja event. Team Bronco ultimately succumbed to the conditions, but the Boot maintained a slow-but-steady pace to not just finish the race, but actually drive back to the hotel for a party. That’s seriously impressive.

Claiming an overall Baja win next year, however, will be much harder. The SCG team finished first in its street-legal class this year, but with an overall time of 33 hours and 59 minutes, it was the second-to-last vehicle to cross the line. By comparison, the winning team in a Ford Raptor trophy truck completed the sprint in just 16 hours and 10 minutes. Perhaps that’s why Glickenhaus mentioned a 900-horsepower (671-kilowatt) “Hyper Road Legal Boot” that would compete in the Baja’s top category. It would have full-time four-wheel-drive with 42-inch tires and presumably some significant suspension changes, and yes, it would still be road legal.

That sounds like a pretty tall order, but SCG delivered on the current Boot in a big way. We must also point out that Glickenhaus says they might build this bonkers hyper Boot, so nothing is confirmed right now.