With a possible, and unofficial, rematch between the Ford F-150 and Tesla Cybertruck set for some time next week, the odds – the bettin’ odds – are in Tesla’s favor. BookMaker.eu, a sports betting company operating online since 1996, has Tesla as the 3-to-1 favorite. When BookMaker announced the matchup, it had Tesla at –200 with Ford at +150. Since then, though, Ford’s position has worsened to +190. 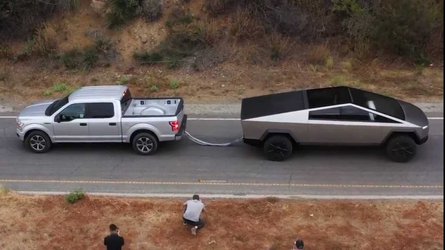 The faux feud started Thursday night when Tesla showed a video of the Cybertruck decimating the Ford F-150 in a pointless tug-of-war contest. Tesla CEO Elon Musk uploaded the video to Twitter, where a closer inspection discovered some issues with the fairness of the competition. Performance specs for the F-150 weren’t released, but our analysis concluded the Ford was the rear-wheel-drive model with a turbocharged V6 engine under the hood.

Then, a tweet from a Ford executive challenged Tesla to a rematch, which Musk quickly accepted. Ford told Motor1.com downplayed the challenged as “tongue-in-cheek,” as it was pointing out the absurdity of the tug-of-war test. However, that hasn’t stopped Musk.

Even Neil deGrasse Tyson, the world-famous astrophysicist, chimed in, confirming we’re living in the weirdest of timelines. He suggested fully loading the F-150, giving the rear wheels the highest traction, and rerunning the tug-of-war match. Musk replied, “Sure, will aim to do this next week.”

There’s no doubt electric powertrains offer advantages over gasoline-powered engines. The instant torque is delectable, giving them a performance advantage over any gas-powered vehicle. Fully loading the F-150 would help against the Cybertruck, but it’s doubtful it’d be enough to win. 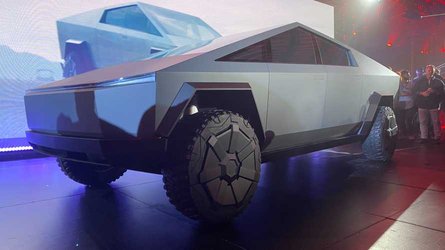 Tesla Cybertruck Debuts With Sci-Fi Personality And Gobs Of Power
⠀ 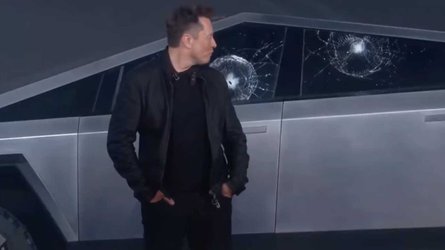 Elon Musk Explains Why Cybertruck Glass Broke, Do You Believe Him? 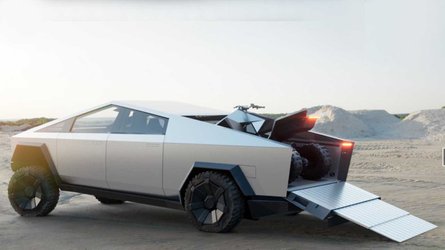 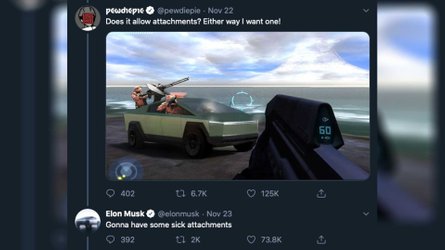 We don’t know the Cybertruck powertrain Tesla used in the competition. It could have been the tri-motor / all-wheel-drive setup with 500 miles of range and enough oomph to send the stainless-steel doorstop to 60 in 2.9 seconds.

An all-electric Ford F-150 is coming – its development is no secret. It won’t arrive for a few more years, though it could arrive as soon as 2021. That’s the same year the Tesla Cybertruck is scheduled to enter production, but Tesla frequently whizzes past any self-prescribed deadline. That means an honest, apples-to-apples comparison between the two trucks is still a few years away – maybe even more.