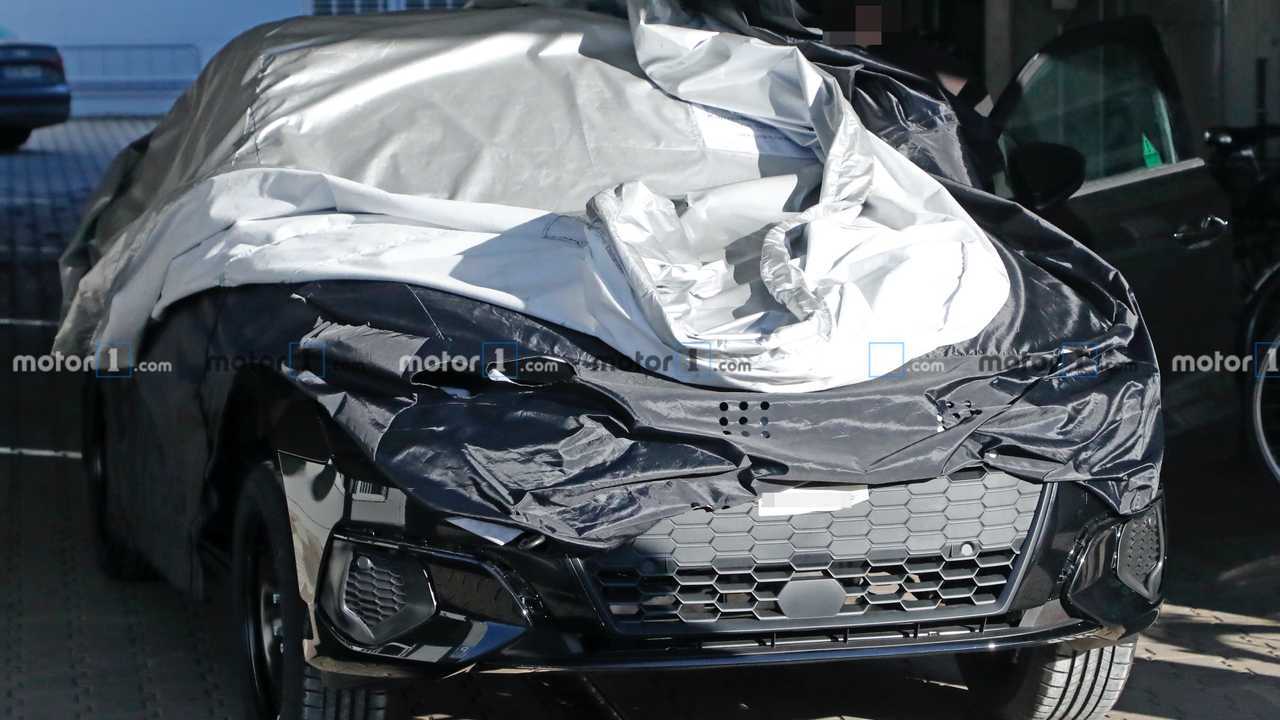 Check out the new grille and headlights.

New spy photos show the next-generation Audi A3 looking ready for production while Audi S3 development continues. The new images show the A3 sedan from the beltline down without camouflage – it’s hiding under a car cover. Photos of the S3 show the sedan still covered in camouflage as development on the sportier offering continues.

The naked A3 provides a clear look at the sedan’s redesigned front end. We see the wider grille that’s on all modern Audis along with the new pentagon-shaped air intakes pushed to the lower corners of the front fascia. The uncovered Audi also teases its sculpted doors; however, the new brings offer few surprises.

When Audi begins rolling out its new A3 lineup, it will launch with the regular A3 before the sportier S3 debuts. That’s why it’s still covered in camouflage as development on the model continues. Like the lesser A3, the S3 will receive a design refresh that will include the wider grille, angular headlights, and an overall sportier, though subdued styling.

When the S3 arrives, it should share the same mill that’ll be found in the new S3 Sportback. It should make around 300-320 horsepower (224-239 kilowatts) from its turbocharged four-cylinder engine. This is an Audi, so all-wheel drive is standard. The Audi A3 should use the mill powering the current car – a 184-hp (137-kW) or 228-hp (170-kW) four-cylinder. However, they could receive a few more ponies. Both pair with Audi’s seven-speed, dual-clutch automatic gearbox.

The A3 is the third of four VW Group, MBQ-platform models to receive a refresh. The automaker already revealed the VW Golf Mk VIII and Skoda Octavia. The SEAT Leon also needs an update, but we’ve already caught it out testing.

The Audi A3 Sportback will arrive first, followed by the A3 sedan, which will be the only variant available to U.S. customers. Both should debut sometime next year before the sportier S3 debuts, followed by the even sportier RS3.