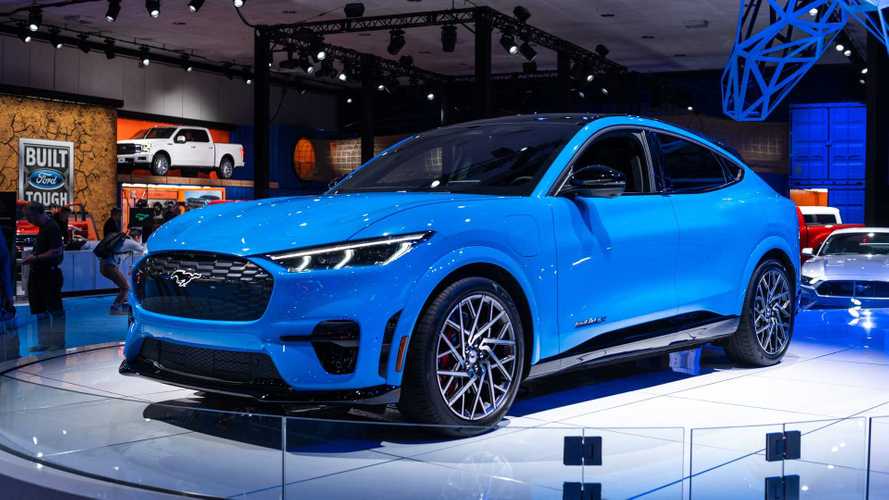 Hands down the most important debut of the 2019 Los Angeles Auto Show, Ford took the EV world by storm with the unveiling of the Mustang Mach-E. The zero-emissions SUV carrying the name of America’s iconic pony car went up on the dedicated reservation site right after the big reveal in L.A. on November 18, allowing early adopters to pre-order the ‘Stang the world had never seen before. You can still do that, but not for the $61,000 First Edition as it has already been sold out, in just nine days.

The Blue Oval’s website section dedicated to the Mach-E features the First Edition, but mentions this version is now “sold out.” Ford hasn’t said how many units it plans to make, with the press release only mentioning a “limited quantity” of FEs will hit the assembly line. They’re all gone now as enough $500 reservations have been made to render the First Edition unavailable. With these being refundable deposits, there is somewhat of a chance a few people will change their minds and in theory that should make the First Edition available again. For now, the fancy four-door Mustang on stilts is sold out.

What makes it special than all the other regular trim levels of the Mach-E? It starts off as an extended-range AWD model and gets red brake calipers and First Edition badging, while on the inside it has metallic pedal covers and contrasting seat stitching. Rounding off the tweaks is a scuff plate with the “First Edition” lettering to serve as a reminder this isn’t just any Mach-E.

Get Up To Mach-E Speed With The Mustang SUV:

The Ford Mustang Mach-E Doesn't Have Door Handles, Here's Why

Ford will make about 50,000 units of the Mustang Mach-E during the electric SUV’s first year of production, and it will understandably prioritize customer deliveries of the First Edition. The first vehicles will start arriving in late 2020 and that will also include the $51,700 Premium version, with the base $44,995 Mach-E Select and ultra-efficient $53,500 Mach-E California Route 1 due early 2021 followed by the sporty $61,600 Mach-E GT later that spring.