The sports sedans are much cheaper than their predecessors, but they're also far less potent.

Cadillac’s rollout of its new compact and midsize sedans has been fraught with a bit of frustration and even some controversy, especially for fans of GM performance. The high-performance V models of the CT4 and CT5 debuted back in June with horsepower figures that were terrifically underwhelming compared to their predecessors. The final piece of the V puzzle is price, and it’s been very slow to trickle out of GM’s offices. Now, with barely a month left in 2020, the pricing details we’ve been waiting for are finally here. 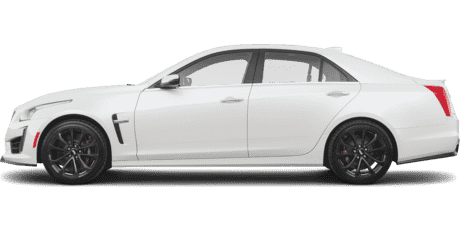 If you were upset about a drop in horsepower compared to the outgoing ATS-V and CTS-V, take solace in the fact that pricing has dropped, too. You’ll pay $45,490 for a base model CT4-V turning just the rear wheels, or $46,590 if you want all-wheel drive and yes, that includes a $995 destination charge. By comparison, the last ATS-V started just north of $60,000, so that’s a significant drop indeed. Of course, you’ll feel the price difference when you stab the throttle, as the CT4-V develops 325 horsepower (242 kilowatts) versus 464 hp (346 kW) from its fantastic predecessor.

Not Quite What We Were Expecting:

Of course, we all know that GM paraded a pair of camouflaged prototypes to folks at the Detroit Grand Prix shortly after the CT4-V / CT5-V debut in June, along with an explanation that those cars were the actual ultra-high-performance Cadillac sedans taking the place of the ATS-V and CTS-V. We’ve heard very little about them since then, save for a couple of prototype sightings and rumors that they’ll get Blackwing branding. When those models launch, which at this point looks to be sometime in 2020, expect power and pricing to resemble yesterday’s gone-but-not-forgotten Cadillac V sedans.