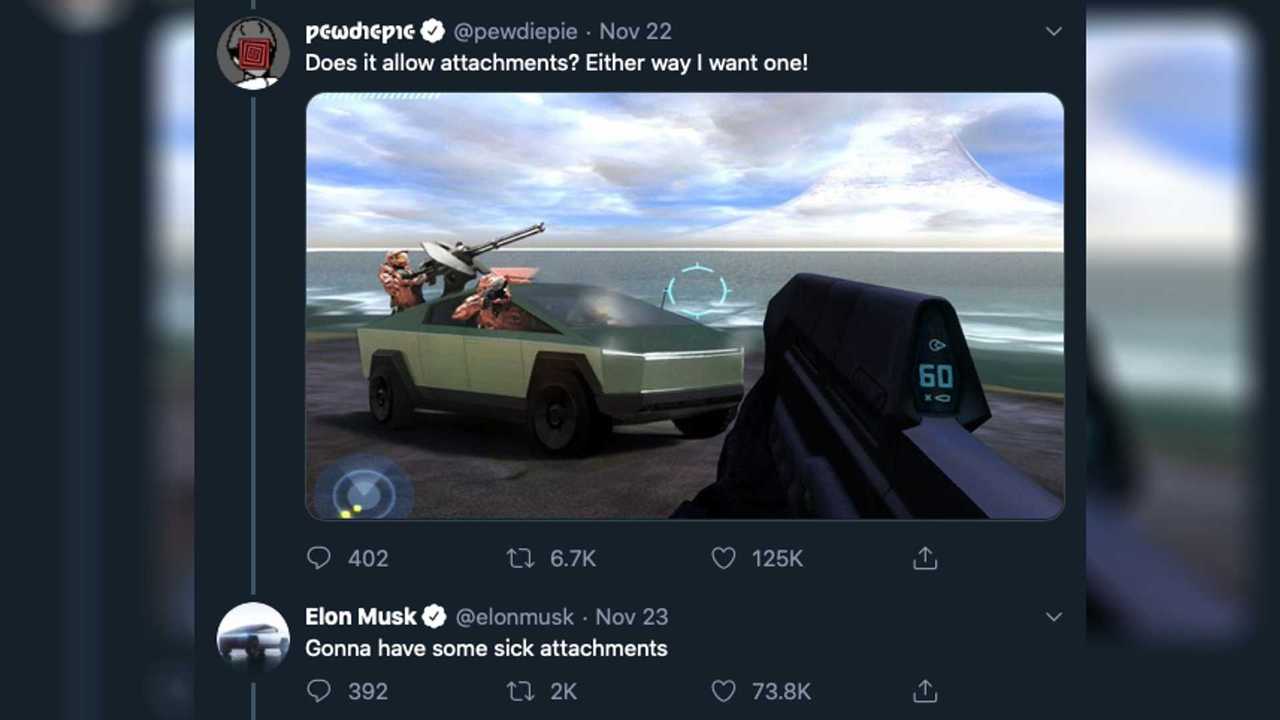 Tesla’s electric pickup is a sci-fi extra come to life.

It's day number five since the Tesla Cybertruck reveal, and the firehose that is Tesla CEO Elon Musk’s Twitter account continues to drench the news cycle. In the days after the Cybertruck reveal, memes appeared about the design. YouTuber PewDiePie shared a screencap from Halo, Microsoft's popular video game franchise, with a digitized Cybertruck slathered in military-green paint placed in it. Yesterday, buried in a flurry of tweets, Musk responded that Halo’s iconic Warthog served as inspiration for the Tesla truck after responding that the Cybertruck would have "sick attachments."

Elon Musk Explains Why Cybertruck Glass Broke, Do You Believe Him?
⠀

Sci-fi vehicles were a huge influence on the Cybertruck. During the event, it was surrounded by vehicles from movies such as Blade Runner and Back to the Future – iconic films with iconic vehicles. The Cybertruck’s sharp edges, stainless-steel exterior, and triangular shape make a truck unlike anything we’ve ever seen.

The visual jump from the Cybertruck to the Halo Warthog may seem like a stretch as the two aren’t visually similar. However, both feature triangular greenhouses that lineup remarkably well, which is where the comparisons begin. The Cybertruck’s flat hood and windshield have a similar rake to the windscreen on the Warthog, and it’s the same for the rear of the two greenhouses.

While similar in appearance, the two couldn’t be more dissimilar in function. While the Warthog is a fictional video game scout vehicle with a machine gun on the back, the Cybertruck is Tesla’s first toe into the competitive pickup truck segment. The Tesla seats six while the Warthog can fit three. Tesla also lacks a machine gun option, which really puts the Cybertruck at a galactic disadvantage.

At the reveal, Tesla made a ton of promises about the truck, including price and performance. Master Chief’s preferred method of transportation has nothing on Tesla's 2.9-second sprint to 60 miles per hour (96 kilometers per hour), its 500 miles of range, or the truck's 14,000-pound towing capacity.