Rimac Says No To Launching An SUV, Yes To Supercar

But the company admits SUVs make sense from a business perspective.

With the launch of the Aston Martin DBX, the list of automakers without an SUV in the portfolio just got shorter. It will continue to slim down in the years to come with Ferrari’s already confirmed SUV, while Lotus is also working on its own sports car on stilts. Even Pagani has one in the back of its mind for a potential post-2025 launch, so only a handful of brands will refrain from hopping onto the SUV bandwagon. Some examples include McLaren and Bugatti, along with Rimac.

The Croatian hypercar marque through the voice of its boss, Mate Rimac, told Top Gear magazine a performance SUV is not on the agenda “for sure.” He’s not against the body style itself as he understands why more and more car manufacturers are diversifying their portfolios with a plethora of SUVs to give customers what they want:

“As a business decision though, I understand. At the end of the day, you can please enthusiasts, or have a business that survives. What do you choose? You choose to survive.”

He went on to mention car companies can’t ignore the market trends, which explains why the number of SUVs on sale today keeps rising as customers seem to have an unquenchable thirst for sport utility vehicles. On the other hand, Volkswagen of America’s boss, Scott Keogh, recently said that a customer rebellion against SUVs is imminent, so it’ll be interesting to see whether the SUV boom is just a fad or is, in fact, the new normal.

Getting back to what Mate Rimac said, the next model launch to come after the C_Two – due in production guise at 2020 Geneva Motor Show with a different name – will be a two-seater supercar, without going into any other details.

The Rimac C-Two Is A Marvel Of Engineering: 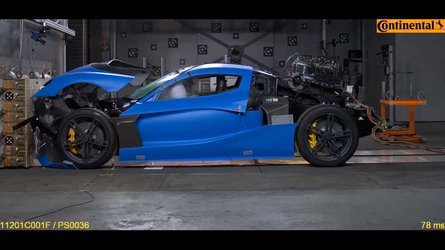 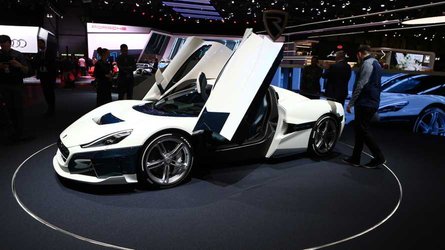 Even though it’s a relatively new player in the automotive game, Rimac already has some deep ties with the big names. Porsche recently increased its stake in the company to 15.5%, while Hyundai and Kia are investing $90 million to form a technical partnership focused on performance EVs. We also mustn’t forget the Pininfarina Battista and its powertrain derived from the aforementioned C_Two.