The reveal event will be held in partnership with Hot Wheels.

A six-second clip represents Jaguar’s way of telling the whole world about the imminent debut of its facelifted F-Type. Debuting December 2, the gorgeous coupe will enter the stage during an event organized in partnership with Hot Wheels, hence why the brief footage above shows a track loop. It could be Jaguar’s way of telling us an actual F-Type will perform some kind of stunt to follow up on the E-Pace’s spectacular barrel roll from 2017 or the F-Pace’s 360-degree loop two years before.

Details about the revised F-Type are still shrouded in mystery, although a new report suggests those rumors about a BMW engine are unfounded. Autocar says Bavaria’s twin-turbo 4.4-liter V8 won’t actually replace Jaguar Land Rover’s 5.0-liter V8 as the supercharged mill will allegedly soldier on with minimal changes. It’s the same story with the turbo four-pot as the 2.0-liter is going to remain pretty much unchanged.

There will be a major change in the engine bay where the F-Type facelift will benefit from JLR’s newly developed turbocharged and electrified straight-six to replace the supercharged V6. It will also be interesting to see whether the manual gearbox will survive with the mid-cycle refresh seeing as how most buyers would rather have the automatic transmission. 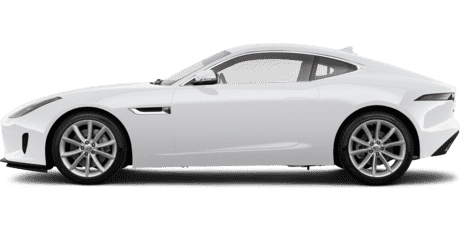 Numerous spy shots of camouflaged prototypes have revealed the F-Type’s styling changes will be evolutionary rather than revolutionary. This is frankly is a good thing in our opinion since the swoopy coupe and its convertible counterpart still look great despite being on the market for quite a number of years. A clamshell hood and LED headlights mounted lower are on the agenda, as are updated taillights and a new look for the bumpers.

There will also be some tweaks inside the cabin where the sports car duo will make the transition to Jaguar’s latest infotainment system, which could possibly be accompanied by a fully digital instrument cluster to keep up with the times.

The F-Type has already entered the 2020 model year in the United States, so the revised car will likely arrive as a 2021MY.