It has everything from solar panels to off-road tires.

We first wrote about Venture RV’s Sonic X back in March when it was still at a concept stage, but the trailer has since evolved to a production model. Much like concept cars lose some of the features on their way to the assembly line, the versatile travel trailer does not perfectly match the concept version, but most of the goodies have been carried over.

The impressive specs sheet has convinced jurors from the RVBusiness Magazine to give it the title for the 2020 RV Of The Year, praising its features varying from solar planes to the off-road tires. The concept’s carbon fiber walls had to make way for high-gloss laminated fiberglass mounted on aluminum framing on the production model to keep the trailer budget-friendly, with pricing kicking off at $47,000 MSRP.

The four solar panels combined with a 250-amp lithium-ion battery, a 2000-watt inverter and 100-amp charger turn the Sonic X into a viable off-the-grid solution and perfect for remote areas. It also boasts a water filtration system that can draw water up to 75 feet (nearly 23 meters) away and eliminate all contaminants that harm the water.

Venture RV offers the trailer in two floorplans and with amenities such as exterior mounts for front-mounted bikes and a kayak at the back. Inside, the furniture has a Euro design with solid wood cabinets and a Murphy bed with a foam mattress and under-bed storage, along with designer valances and LED lighting. We’re just scratching the surface with the features as the comprehensive list includes everything from a microwave and an LED TV to a medicine cabinet and a shower with glass doors. There are also Xtreme and Luxury packages offering extra content depending on what you need. 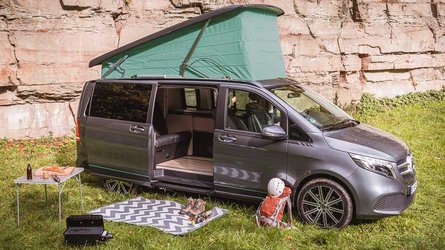 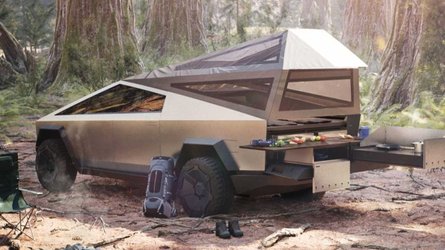 The list with all 2020 RV Of The Year finalists also included other products we’ve written about in recent months, such as the nifty Camp365 with its pop-up cabin and the nüCamp Avia equipped with large glass windows and a sliding bathroom area.