It may look undisguised at a first glance, but this posh SUV wears quite a lot of camo.

[UPDATE, November 29] 23 new spy shots added to the gallery, below.

With the arrival of the Aston Martin DBX and Mercedes-Maybach GLS, it’s safe to say the battle in the ultra-luxury SUV segment is heating up. Bentley wants to keep the Bentayga fresh and competitive as it fights new rivals by applying a mid-cycle refresh likely slated to debut in 2020. Our spies have caught a prototype of Crewe’s updated family hauler wearing some clever camouflage giving the sensation it’s virtually identical to today’s vehicle.

In typical VAG fashion, the deceiving camo includes stickers on the headlights and taillights with graphics carried over from the current Bentayga in an attempt to trick us into believing nothing has changed. However, we’re expecting the quad headlights to have more things in common with those of the 2020 Flying Spur, while the bumper and grille could also go through a nip and tuck.

With this being only a mid-cycle facelift, we’re not expecting any changes to the SUV’s side profile, hence why Bentley didn’t even bother to apply camouflage onto the doors. There is some disguise partially covering the front and rear fenders, but it’s hard to believe the bodywork will change in those areas. 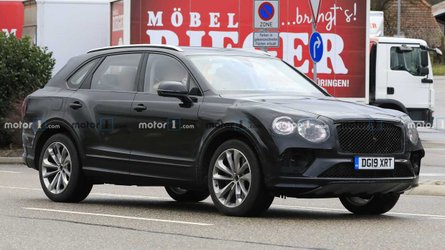 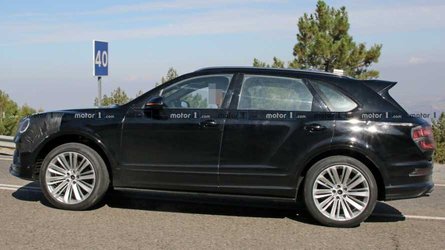 The back of the prototype reveals new graphics for the taillights peeking through those stickers we mentioned earlier. Our spies have told us Bentley might slim down the rear lights a bit to give the Bentayga a sleeker derrière, and the designers could also lightly revise the rear bumper as well. Some new alloy wheel designs and possibly fresh paints should round off the changes on the outside.

Although we don’t have spy shots of the interior in this set, it is believed the updated Bentayga will receive Bentley’s latest and greatest infotainment system to bring the SUV in line with the Continental GT and Flying Spur. In addition, a fully digital instrument cluster is likely on the agenda, as are more safety and assistance systems. 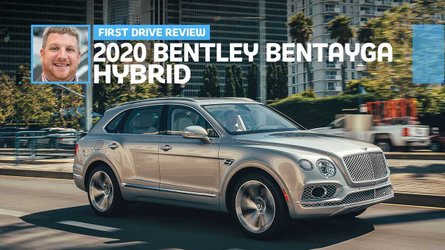 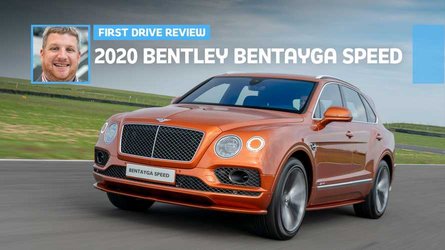 Underneath the hood, we’ve heard through the grapevine the mighty W12 will be updated to cut fuel consumption and emissions. The V8 will probably be carried over unchanged since it’s still quite new, and it should be a similar story with the plug-in hybrid V6. It’ll be interesting to see whether the diesel engine will make a comeback considering the latest product launches from the VW Group – such as Audi Sport’s S models in Europe – have shown the German automotive conglomerate still believes TDIs have a future.