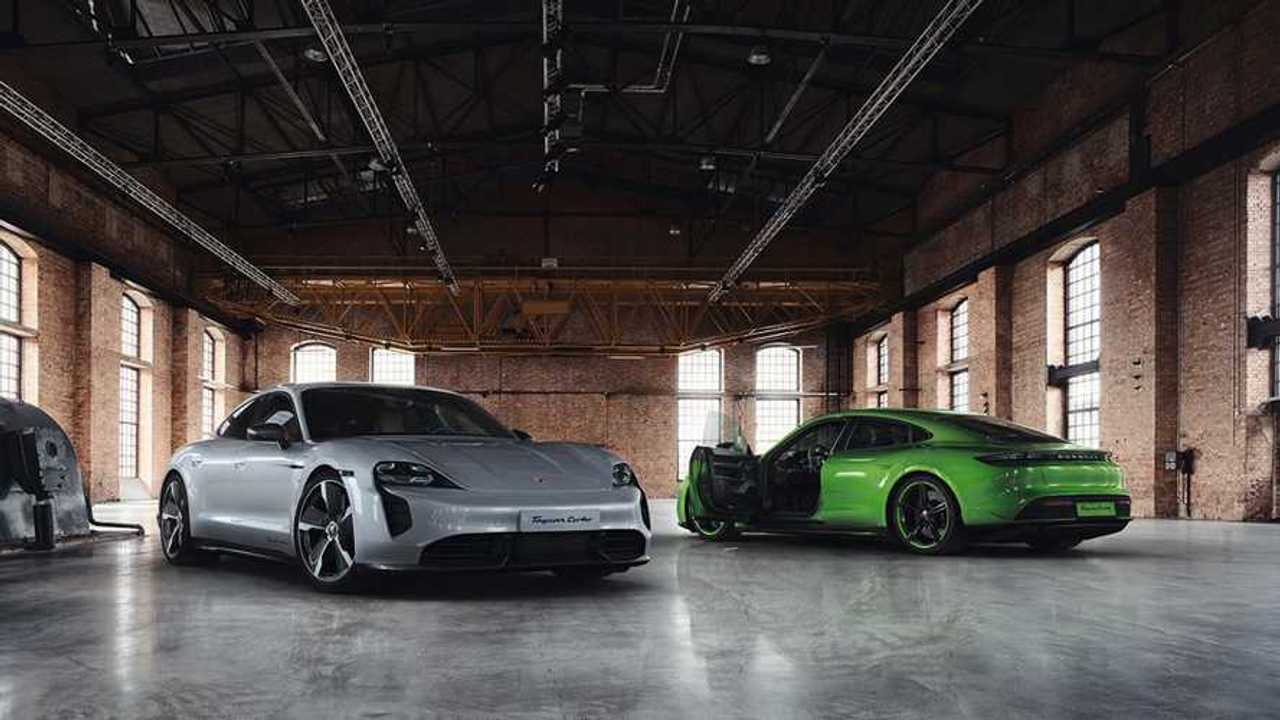 Remember the Porsche Taycan? With all the talk right now about the Mustang Mach-E and the bonkers Tesla Cybertruck, it’s actually a bit surreal to embrace the Taycan as old news, despite old in this instance being just three months ago. In the fast-paced automotive world, such a timeframe might as well be ancient history for normal new car reveals. But the Taycan shook the pillars of automotive enthusiasts around the world as being the first all-electric high-performance machine from Stuttgart to wear the Porsche crest. Such a machine is not even a tiny bit normal.

Take In The Taycan:

Porsche Taycan 4S Shows Up In LA, Shows Off Its Striking Blue Paint
⠀

Perhaps that’s why Porsche dropped some interesting Taycan photos on its Facebook page earlier today, showcasing a couple of Turbo models with some snazzy features. Mind you, these aren’t new features – the Taycan is only three months old for crying out loud so the whole car is new – but they do remind us that this EV supercar looks pretty darned good.

Specifically, you’re looking at Taycans fitted with the Carbon SportDesign Package – an exterior upgrade that adds carbon fiber to the front fascia, side skirts, and a special rear diffuser that naturally is finished in carbon fiber. The silver Taycan also sports the 21-inch Taycan Exclusive wheels that feature – you guessed it – carbon fiber aeroblades. These features are just a small portion of the plethora of options that can take the Taycan Turbo S well beyond $200,000.

That’s not an insignificant sum, but the Turbo S does reach 60 mph in 2.6 seconds and it boasts a range of approximately 250 miles. Compared to the EVs from Ford and Tesla dominating the global electric newsfeed right now, the Mach-E can’t hope to touch the Taycan’s straight-line performance. And until we have a go behind the Ford’s steering wheel, we’re going to assume the crossover can’t compete with the Taycan in corners, either. The Mach-E is significantly easier on the checkbook though – it costs less than half in GT trim – but then again so is Tesla’s crazy Cybertruck. And with a 0-60 time of 2.9 seconds, the sci-fi truck is at least pretty darned competitive with Porsche on straight roads.

At this point, two things are for certain. Electric power is absolutely the future, and with the way the tech is evolving, who knows what new EV creation we could be talking about three months from now.