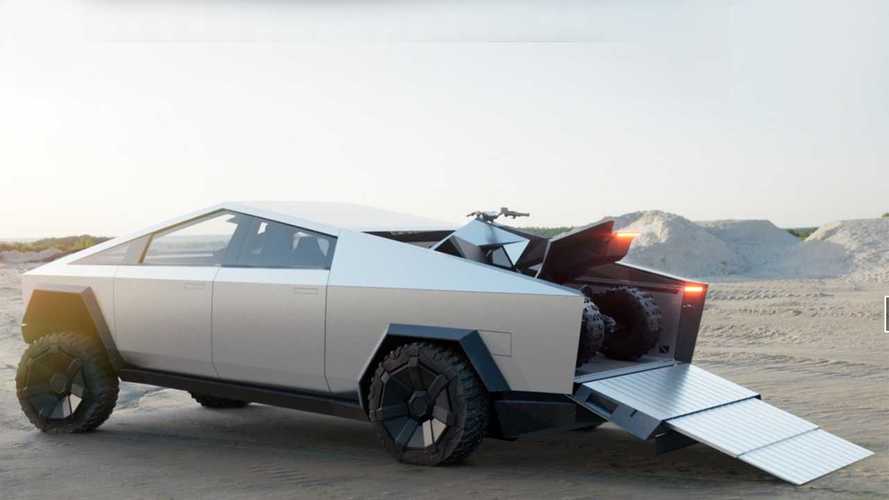 But not for a while.

The Cybertruck is still on everyone’s lips days after its unconventional debut event in L.A., and Elon Musk continues to share more details about the electric pickup on his personal Twitter account to draw even more attention to the oddly designed utilitarian vehicle. When asked about the prospects of a smaller version, Tesla’s boss admitted it could happen further down the line. Here’s an embed of his tweet:

Don’t get too excited just yet about the possibility of a baby Cybertruck since it will take a while considering the normal model won’t go into production until the end of 2021. You’ll have to wait even more for the $69,900 flagship version with the tri-motor AWD setup as it’s not scheduled to reach the assembly line until late 2022. Another reason why a more compact electric truck from Tesla is not going to happen anytime soon was provided by Musk himself in a separate tweet, saying there won’t be any new product reveals for a while.

It makes perfect sense why Tesla already has a smaller Cybertruck in the back of its mind considering the standard pickup is a big boy, at 230.9 inches (5.86 meters) long with a massive wheelbase stretching at 149.9 inches (3.8 meters). The company is well aware some people would like a truck with a smaller footprint, even if that means losing some of the utility provided by the 57-inch (144.7-cm)-wide bed.

A Single Cab for owners who don’t need the rear seats could broaden the vehicle’s customer base furthermore, although the Cybertruck is already an instant hit since Tesla has racked up 146,000 pre-orders in a matter of days. It remains to be seen how many of these $100 fully refundable deposits will translate into actual sales, though.

Get An Idea Of How Big The Cybertruck Really Is:

A smaller derivative would not only be easier to live with on a daily basis, but it could also be more attainable than the $39,900 single-motor RWD base model. However, Tesla has bigger fish to fry right now as aside from preparing to roll out the regular Cybertruck, it also has to launch the hugely important Model Y, not to mention the Semi and the second-generation Roadster.