This Mustang Mach-E Police Interceptor Rendering Is A Goon's Bane 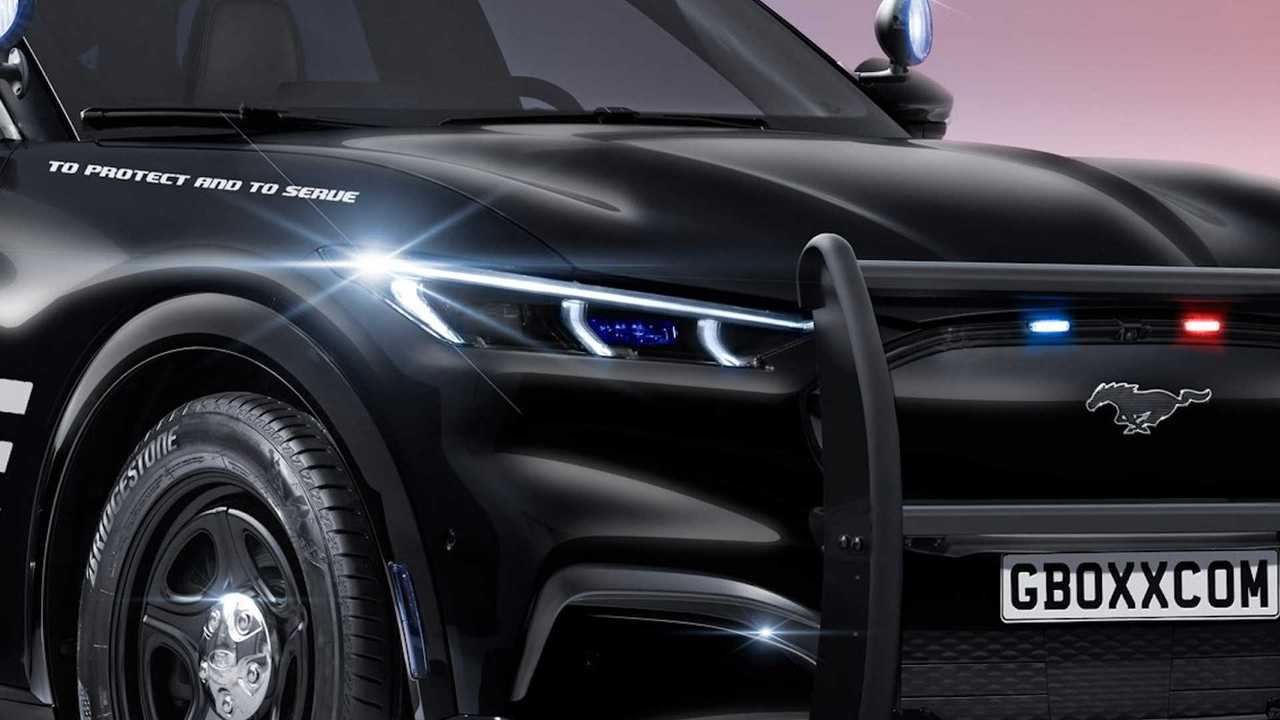 Imagine this silently tailing you on the freeway.

Beyond the controversial name, the Ford Mustang Mach-E is one capable electric SUV that can probably outperform a lot – if not all – of its competitors. Its detractors will find it hard to admit that, and that's normal, we reckon.

But imagine this: a black Mustang Mach-E as a Police Interceptor Utility, roaming the streets at night in complete stealth of silence, just like Batman. Wouldn't that be terrifying? Well, of course not, unless you're a criminal or someone who likes to go over legal speed limits.

Thankfully, someone has made a rendering of Mach-E Police Interceptor and it's looking pretty gnarly. The rendering above was made by Aksyonov Nikita at Behance.net. It's a preview of what the Mach-E would look like should Ford decides to replace the current Police Interceptor Utility with the electric Mustang.

We reckon, the Explorer-based current Police Interceptor Utility looks already intimidating in its current guise, what more if it's the Mustang Mach-E? If you think about it, the Mach-E fits the bill of being the next factory-built police car by Ford.

The Mustang Mach-E Could Be The Start Of Other Awesome Mustangs:

Mustang Mach-E Gets The Ken Block Treatment In New Video

Ford Could Use Mustang Name For Other Models Beyond Mach-E

The range-topping Mach-E GT Performance is touted to produce up to 459 horsepower (342 kiloWatts) and 612 pound-feet (830 Nm) of torque. Even better, it can run up to 250 miles in a single charge, which means it would be hard to outrun this electric Mustang during a car chase.

The idea isn't far-fetched, though. With Ford using the name Mustang for its entry into the electric SUV segment, the possibility is endless. A Ford executive even confirmed that there's a plan to make a Mach-E Shelby. With that said, let's all brace ourselves for what Ford has in store in the future.